Celebrate Anniversary of Bring It On, Which Hit Theaters 8/25/00, With New Clips From The Sixth Film (On Blu-ray/DVD 8/29

Tomorrow marks the 17th Anniversary of the smash-hit Bring It On, which hit theaters on August 25, 2000! In celebration, check out two new clips from Bring It On: Worldwide #Cheersmack, the sixth installment in the iconic franchise!

Bring It On: Worldwide #Cheersmack will be released on Blu-ray and DVD August 29 from Universal Pictures Home Entertainment and stars Vivica A. Fox as the Cheer Goddess, as well as Cristine Prosperi ("Degrassi: The Next Generation"), Jordan Rodrigues ("The Fosters") and Sophie Vavasseur (Resident Evil: Apocalypse). 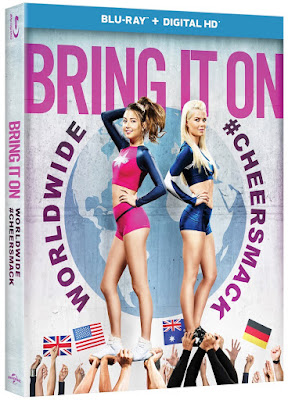