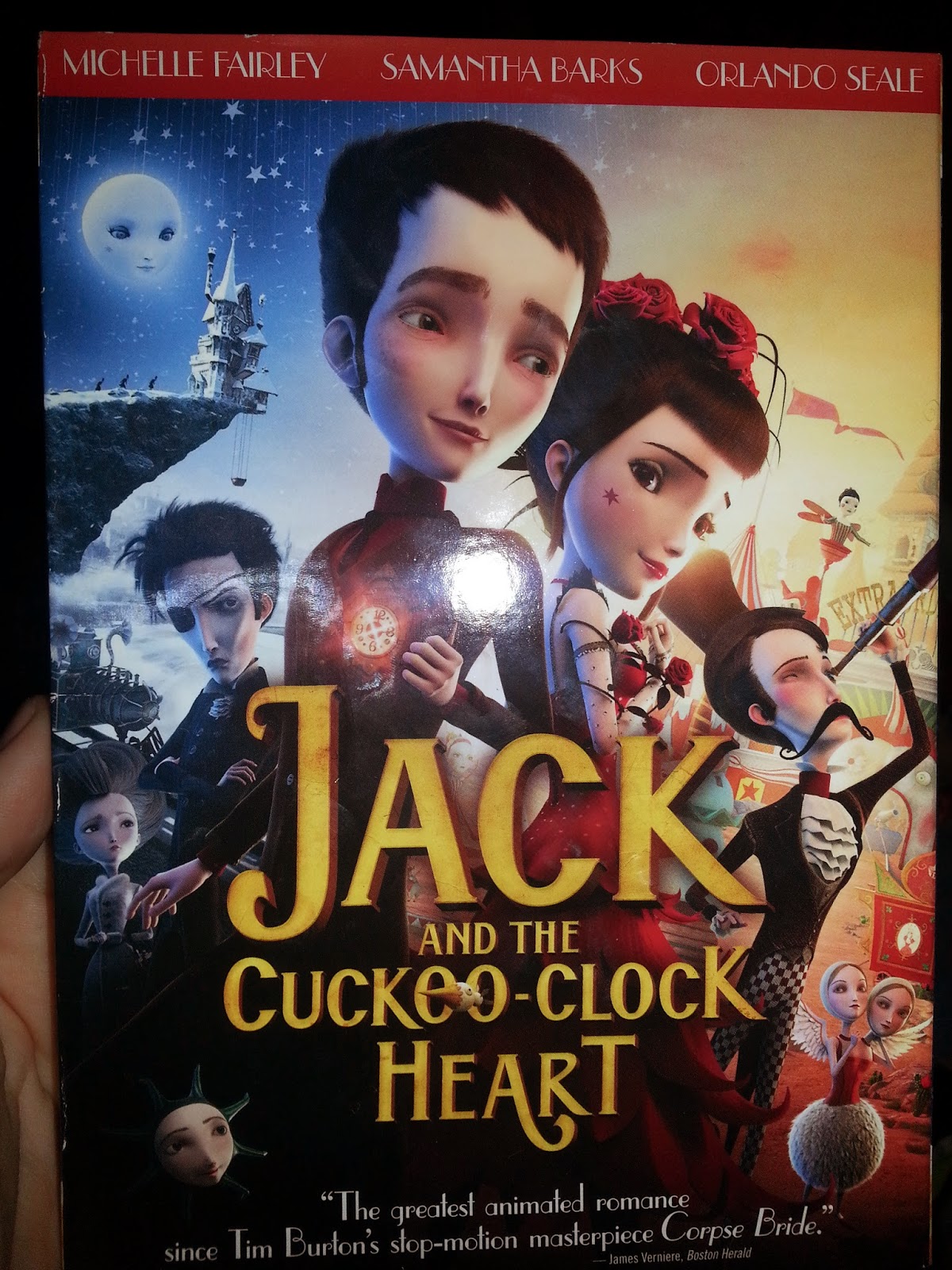 I was really excited to get this movie. And as soon as the kids saw this they wanted to watch it too. It is a really cute movie its about Jack who was born at the beginning of the movie and when he was born his heart was hard as a rock because of it being cold it was frozen solid they put a clock in to keep him going. This video is rated PG 13 so I would suggest this be for older children. I really enjoyed watching it and so did the kid's but  they had some violence in it where their was a knife. So please parents use your judgement when watching. I watched this with my children and just explained we don't do stuff like and so on so they would understand. 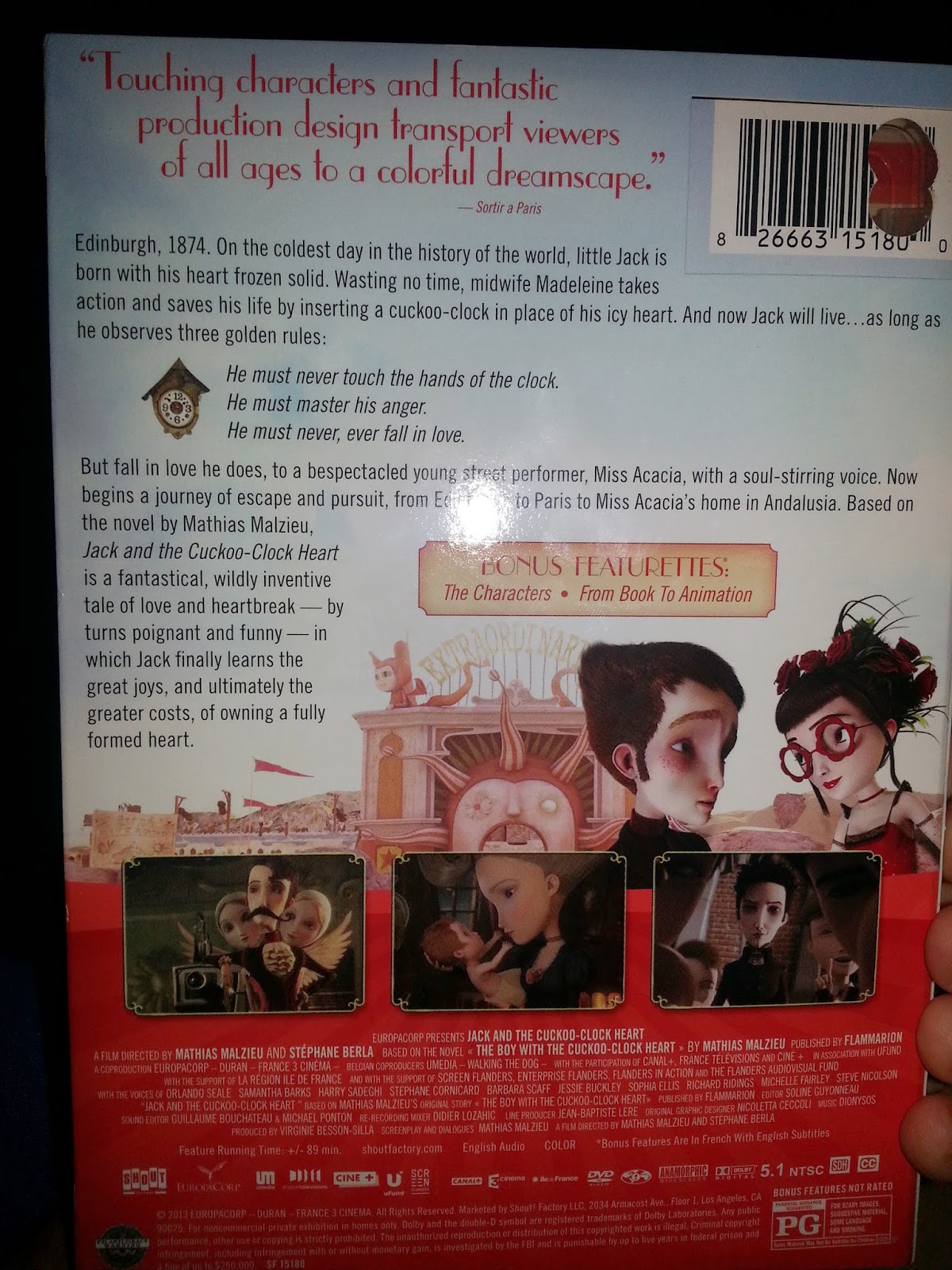 JACK AND THE CUCKOO-CLOCK HEART
A Film Directed by Mathias Malzieu and Stéphane Berla
Produced by Virginie Besson-Silla, EuropaCorp

IN STORES EVERYWHERE ON OCTOBER 7, 2014 FROM SHOUT! FACTORY

This fall, step inside the imaginative story book world of the highly popular French novel La Mécanique du Cœur (The Boy with the Cuckoo-Clock Heart) and beguiled by  the wildly inventive adventures of Jack and Miss Acacia as they leap from page to the screen. On October 7, 2014, Shout! Factory, in collaboration with EuropaCorp, is proud to present JACK AND THE CUCKOO-CLOCK HEART on DVD, two-disc Blu-ray™ Combo Pack (plus DVD and Digital) and Digital HD. The Blu-ray Combo Pack allows viewers to enjoy JACK AND THE CUCKOO-CLOCK HEART on the platform of their choice and includes spectacular movie presentation on Blu-ray, DVD and a digital copy of the movie. This internationally acclaimed film can also be seen in select U.S theaters and on VOD September 24. 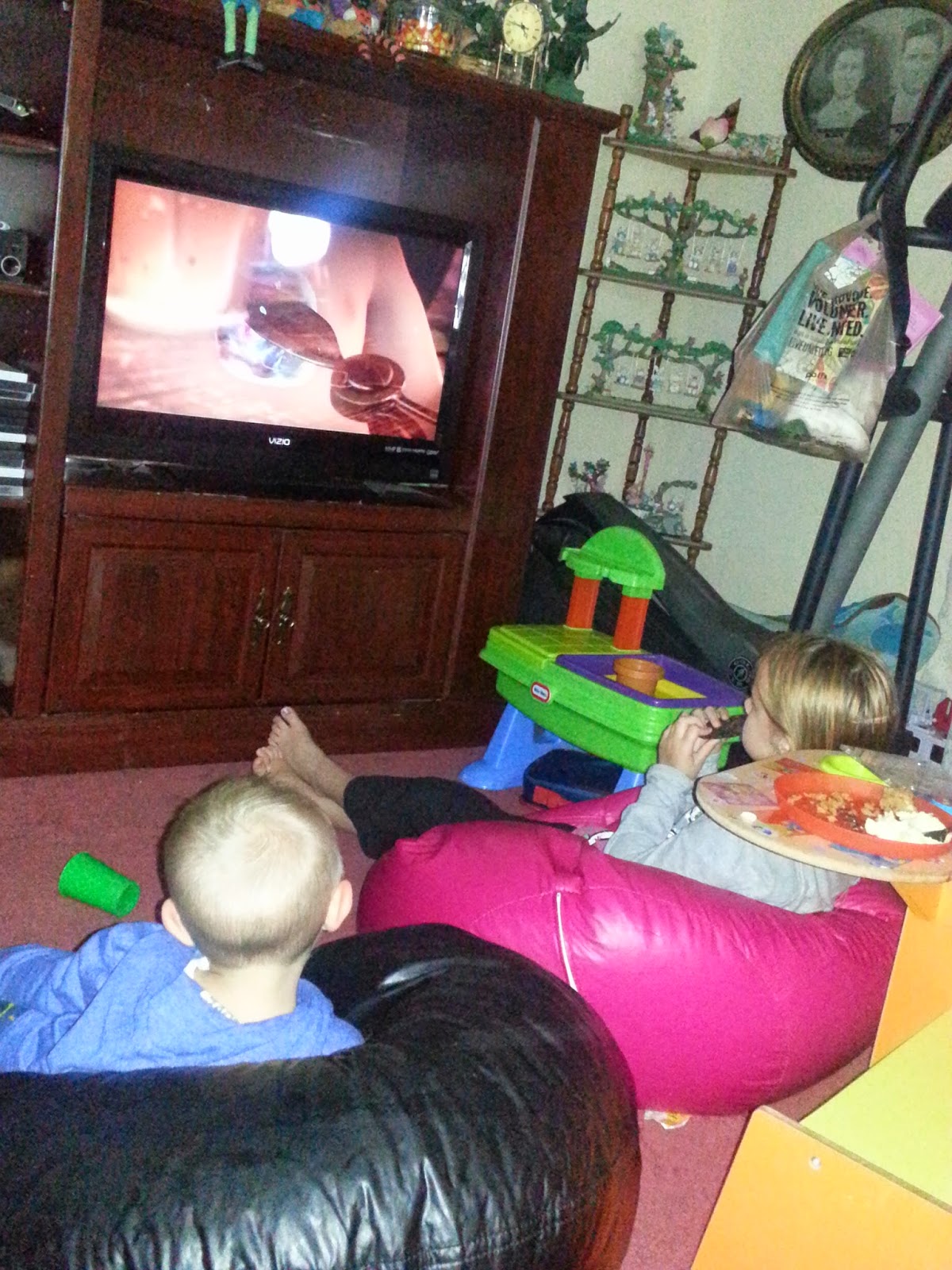 A film directed by Mathias Malzieu and Stéphane Berla and produced by Virginie Besson-Silla, Luc Besson’s EuropaCorp, the highly anticipated motion picture JACK AND THE CUCKOO-CLOCK HEART is a visually opulent animated fairy tale set in an exciting period full of fabulous inventions, enchanting music and marvelous adventures. This superbly animated movie brings to life a unique tale of love and the acceptance of others through an awe-inspiring cinematic adventure filled with whimsical characters, stunning CG animation and unforgettable musical numbers.

JACK AND THE CUCKOO-CLOCK HEART is set in the late 19th century Edinburgh, where little Jack is born on a day so cold that his heart remains frozen. Madeleine the midwife saves his life by inserting a cuckoo clock in place of his defective heart. It will work, she warns him, as long as Jack observes three golden rules. First of all, he must never touch the hands of the clock. Secondly, he must control his anger. And last, but certainly not least, he must never, ever fall in love. The moment Jack sets eyes on a young girl singing on a street corner, the hands of his clock-heart begin to race. Desperate to find her again, Jack launches himself into a romantic quest that will lead him from the lochs of Scotland, to the city of Paris and all the way to Andalusia.
Adapted by Mathias Malzieu from his own bestselling novel and the gold-selling album by his band Dionysos, JACK AND THE CUCKOO-CLOCK HEART features a English-language voice cast of Orlando Seale (Pride and Prejudice), Samantha Barks (Les Misérables ),  Michelle Fairley (Game of Thrones, Harry Potter and the Deathly Hallow), Stéphane Cornicard (Saving Private Ryan) and Richard Ridings (Rise of the Planet of the Apes, Who Framed Roger Rabbit).

JACK AND THE CUCKOO-CLOCK HEART Two-Disc Blu-ray™ Combo Pack contains the following special features:
Movie presentation on Blu-ray, DVD and a Digital Copy of the film 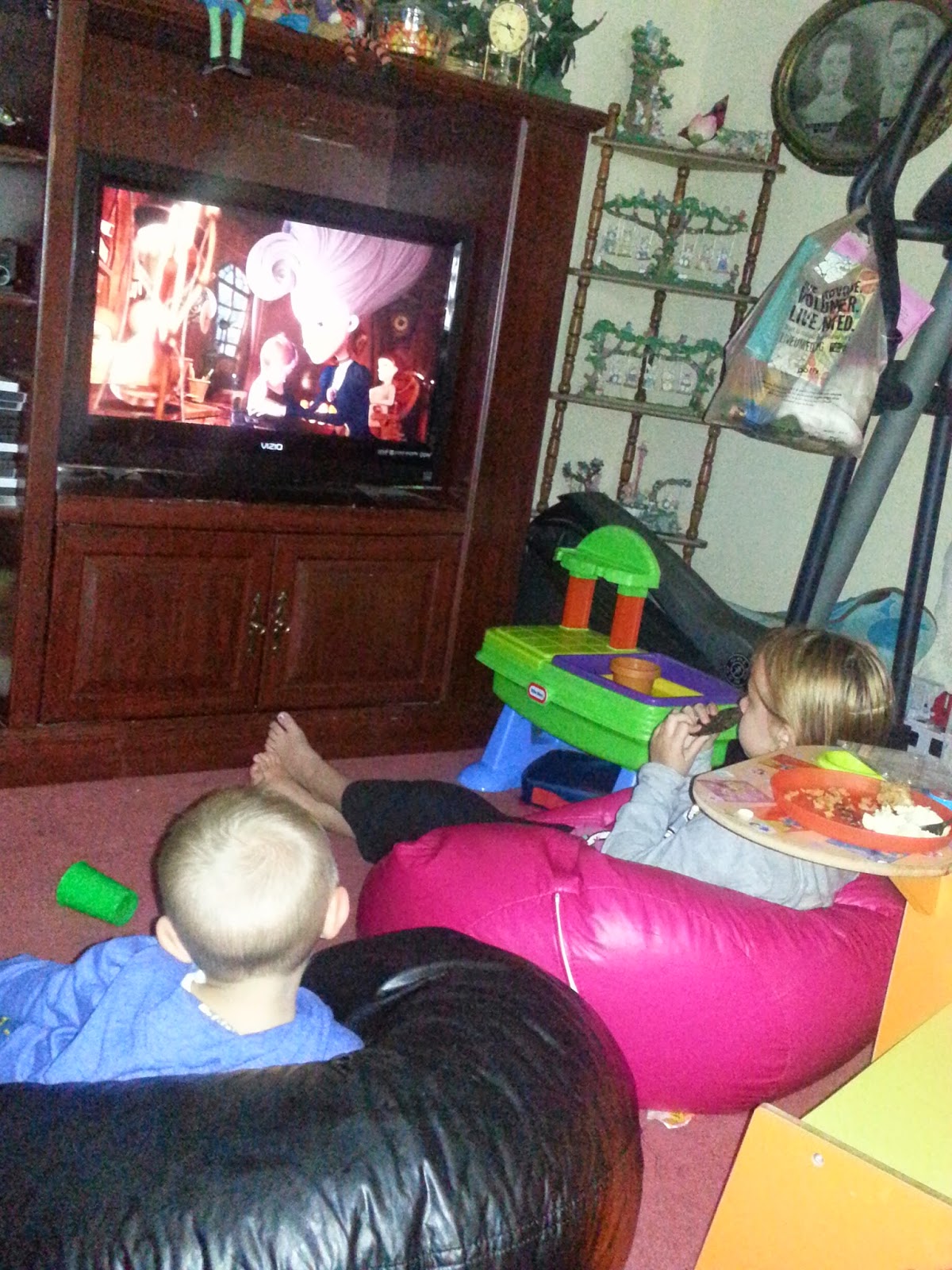