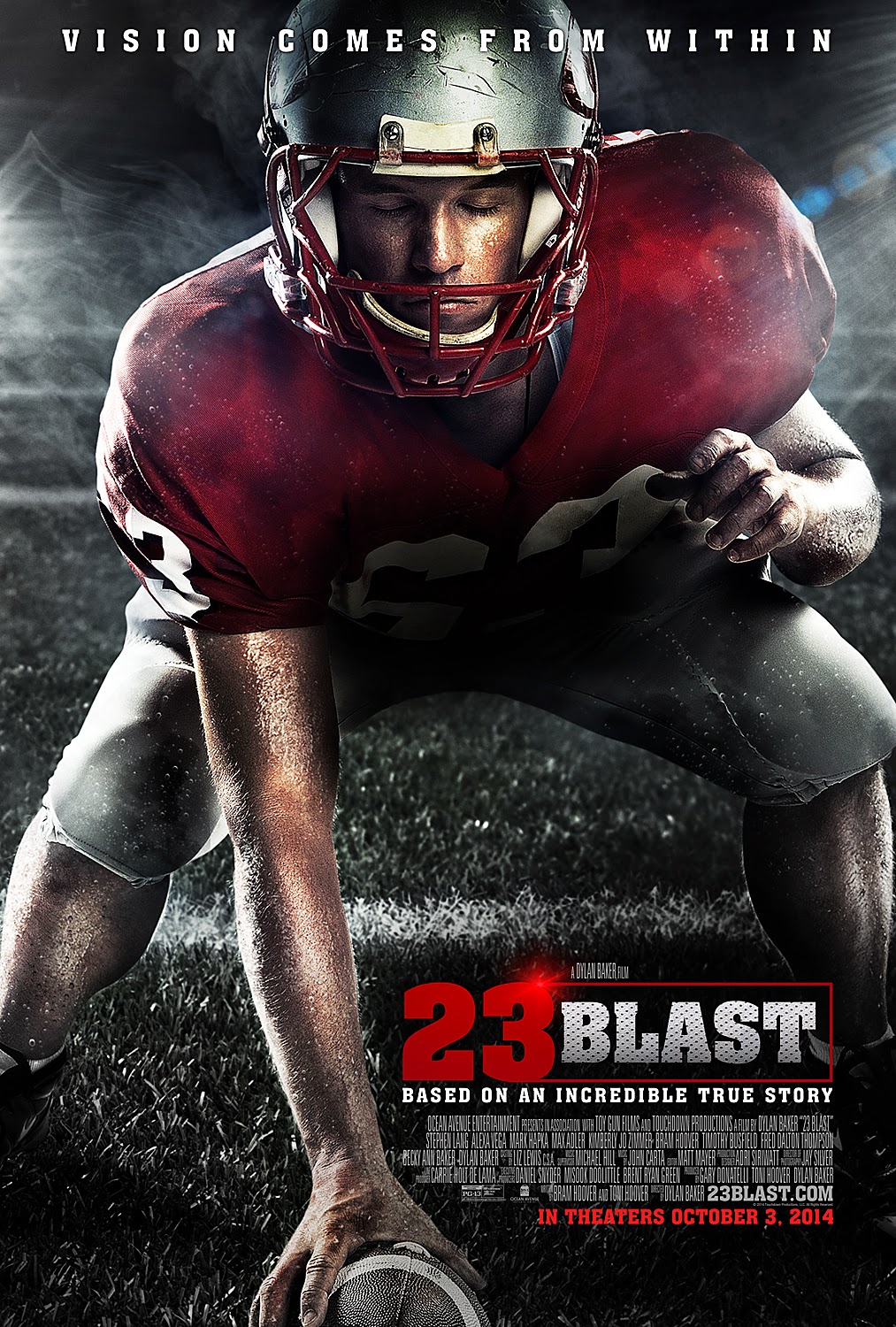 Film Notes
Running time: 98 minutes, *Not Rated
October 3, 2014
SYNOPSIS
23 Blast is based on the amazingly true story of Travis Freeman. A typical teenager growing up in a small town in Kentucky, Travis is a local hero on and off the field. In the fall of 1997, in the prime of his youth, he is unexpectedly stricken with an infection that destroys his optic nerve. He becomes blind overnight. Under the influence of parents who love him, a physical therapist who challenges him, a coach who inspires him, and a best friend who he cannot bear to leave behind, Travis shows us what true bravery is by competing on the gridiron, helping his team advance to the State playoffs. We follow Travis and Jerry Baker, his closest friend, from the time they meet on the football field as kids through high school. Jerry’s attraction to the dark side of teenage temptations, beer and drugs, threatens to pull the friends apart. It is only on the football field where they truly connect.