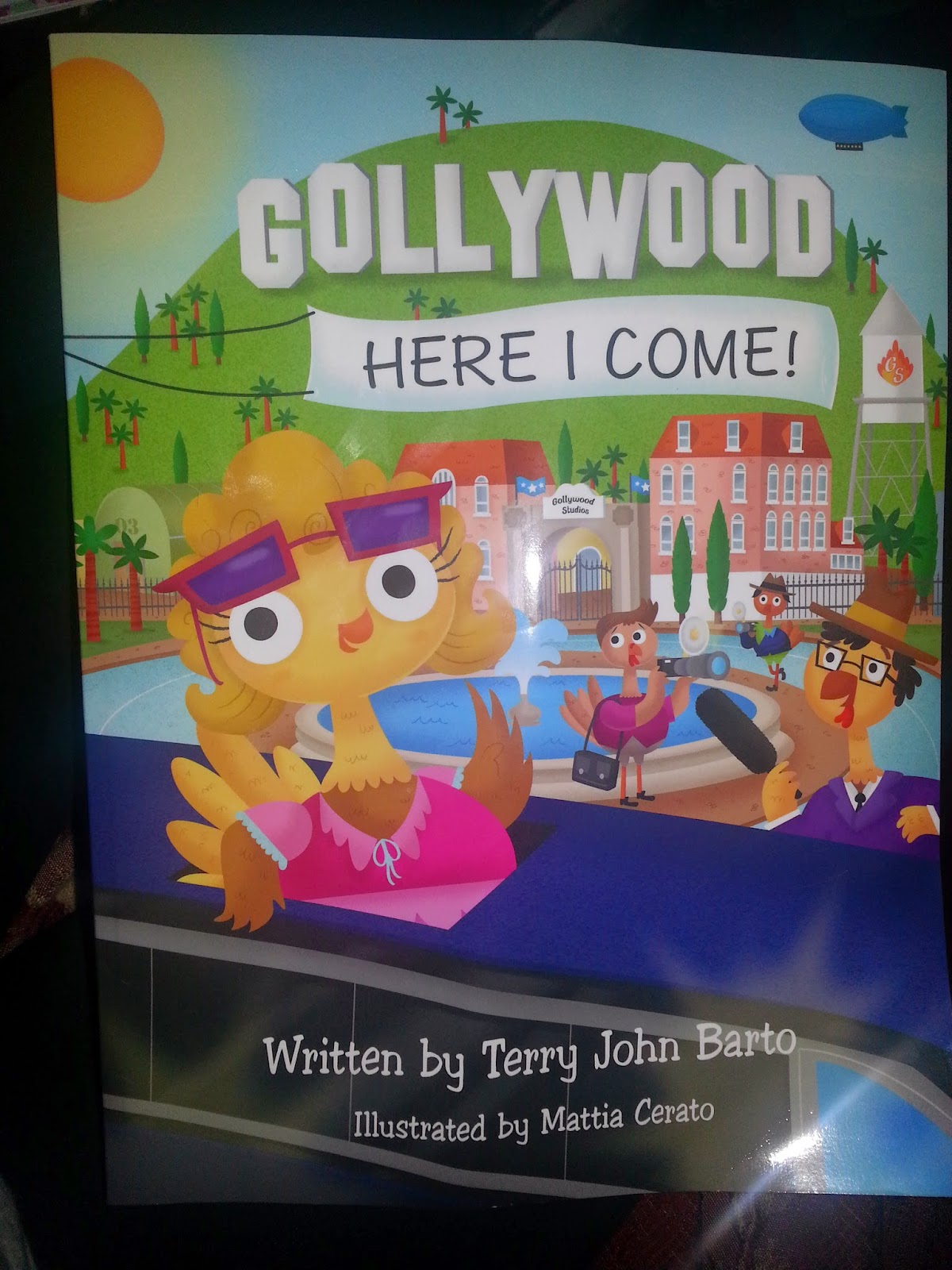 Both kids actually really enjoyed me reading this to them.
The book is about becoming a big star one day when Anamazie is dreaming of this she was studying acting, singing, and dancing. This really captured my daughters attention. 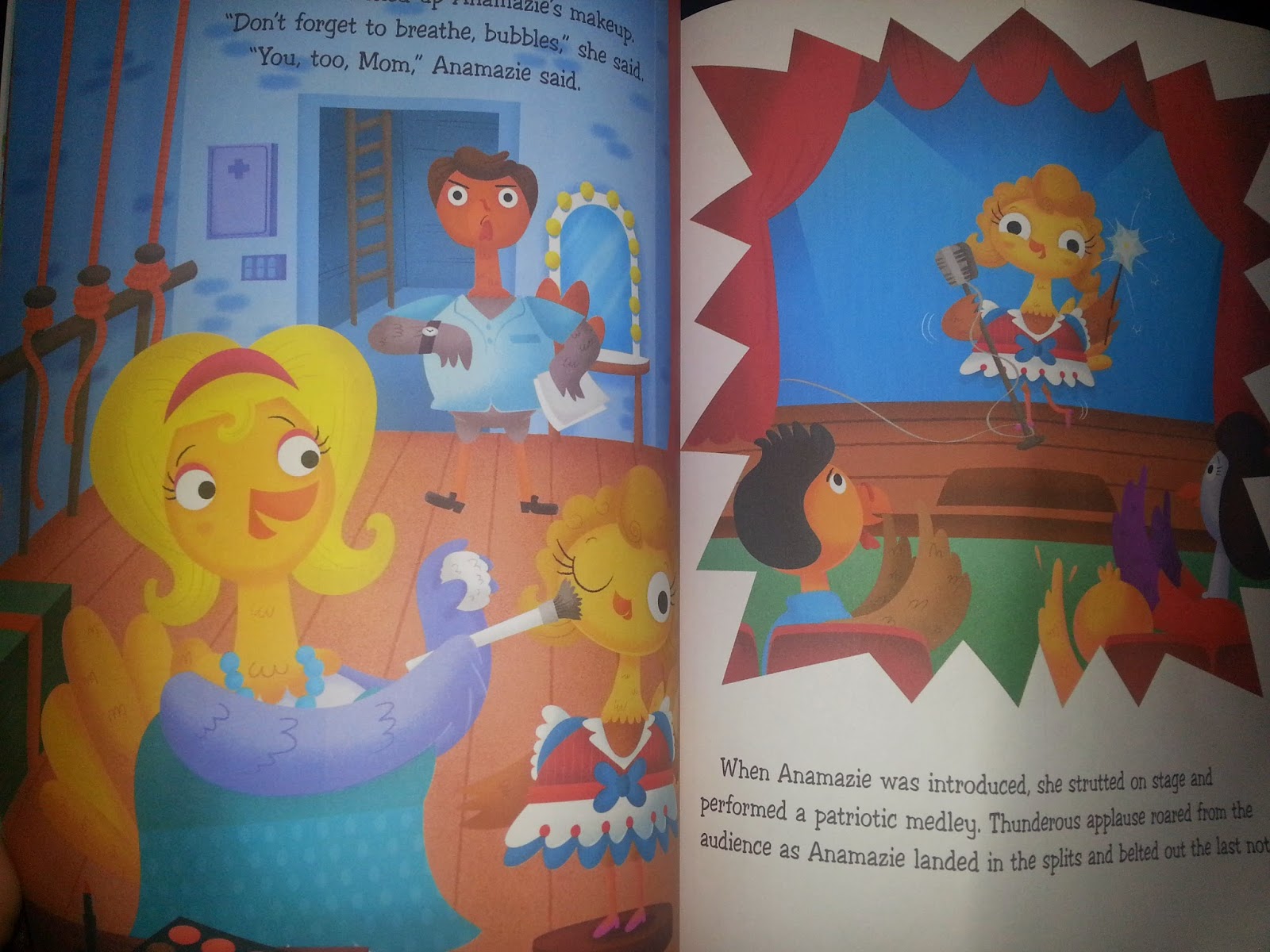 My daughter loved all the pictures of her doing makeup and all that stuff but of course what girl wouldn't like that. 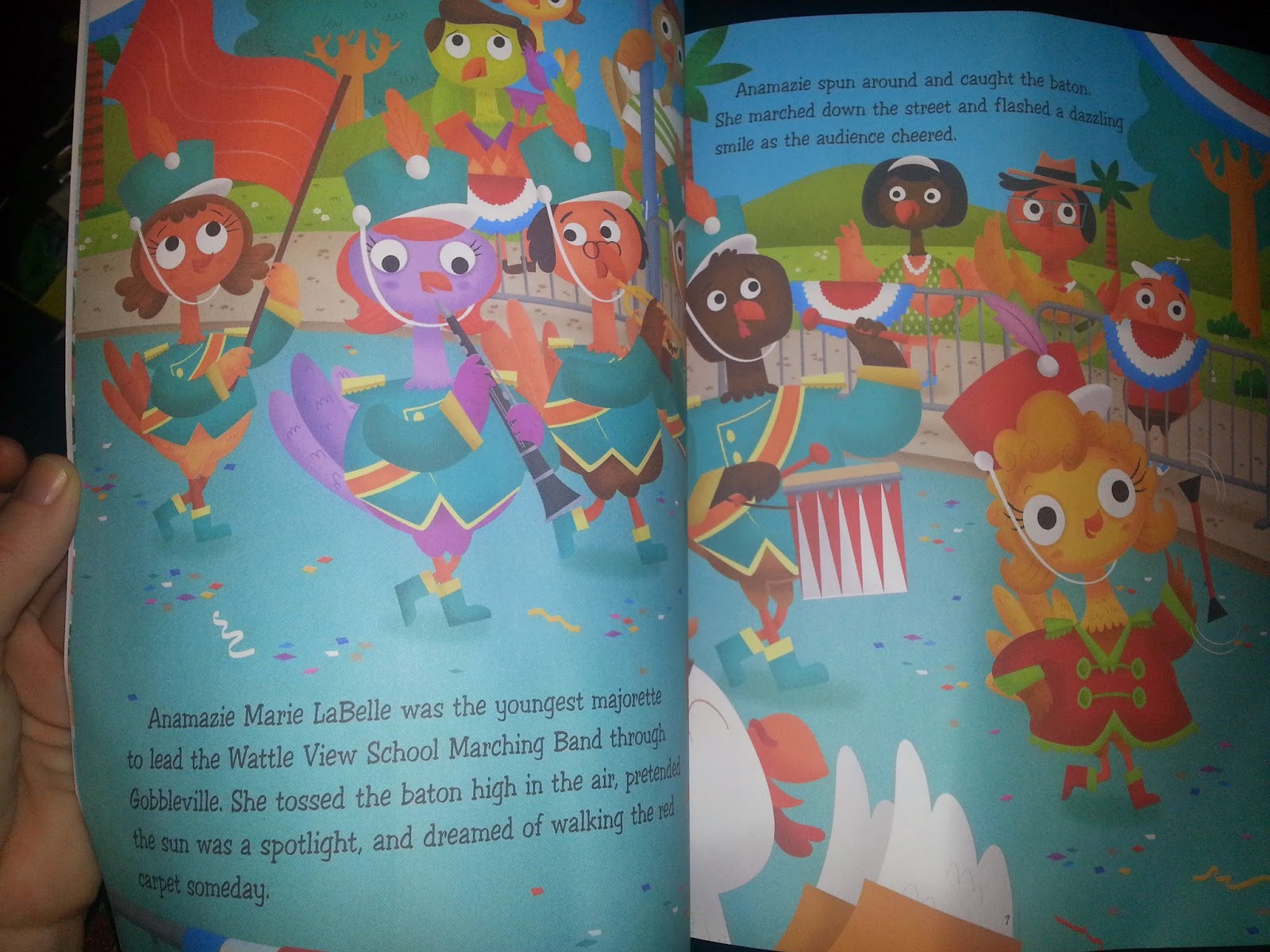 I love this photo it's so colorful and I love how it shows everyone working together to make great music!

Just in Time for Turkey Day, Gollywood Here I Come!
Waddles Into Stores and Online November 11, 2014

Los Angeles, CA (October 1, 2014) – Who doesn’t fantasize about becoming a big movie star, living up all the glitz, glam and glory that comes with it?  A talented little turkey named Anamazie Marie LaBelle sure does, only her dream becomes reality in the delightful new children’s book Gollywood Here I Come!, written by director/choreographer-turned author Terry John Barto, which waddles into stores and online November 11, 2014, just in time for Thanksgiving.

Growing up in the small town of Gobbleville, Anamazie studied acting, singing and dancing while basking in the local spotlight as a star baton twirler.  Opportunity comes knocking when the competition Gobbleville’s Got Talent gives Anamazie her shot at being discovered.  With her mom Henrietta at her back, she makes it all the way to the finals, but falls short of the top prize. That is where her path to stardom truly begins as she is discovered by a talent scout, is cast in her first movie and declares “Gollywood, Here I Come!”

With colorful whimsical illustrations by Mattia Cerato, Gollywood Here I Come!  taps into current pop culture trends of TV shows like “America’s Got Talent” and “American Idol; and the public’s fascination with celebrities and movie stars.  At its heart, the story leaves young readers with the positive message “You can do anything if you work hard and never give up.” 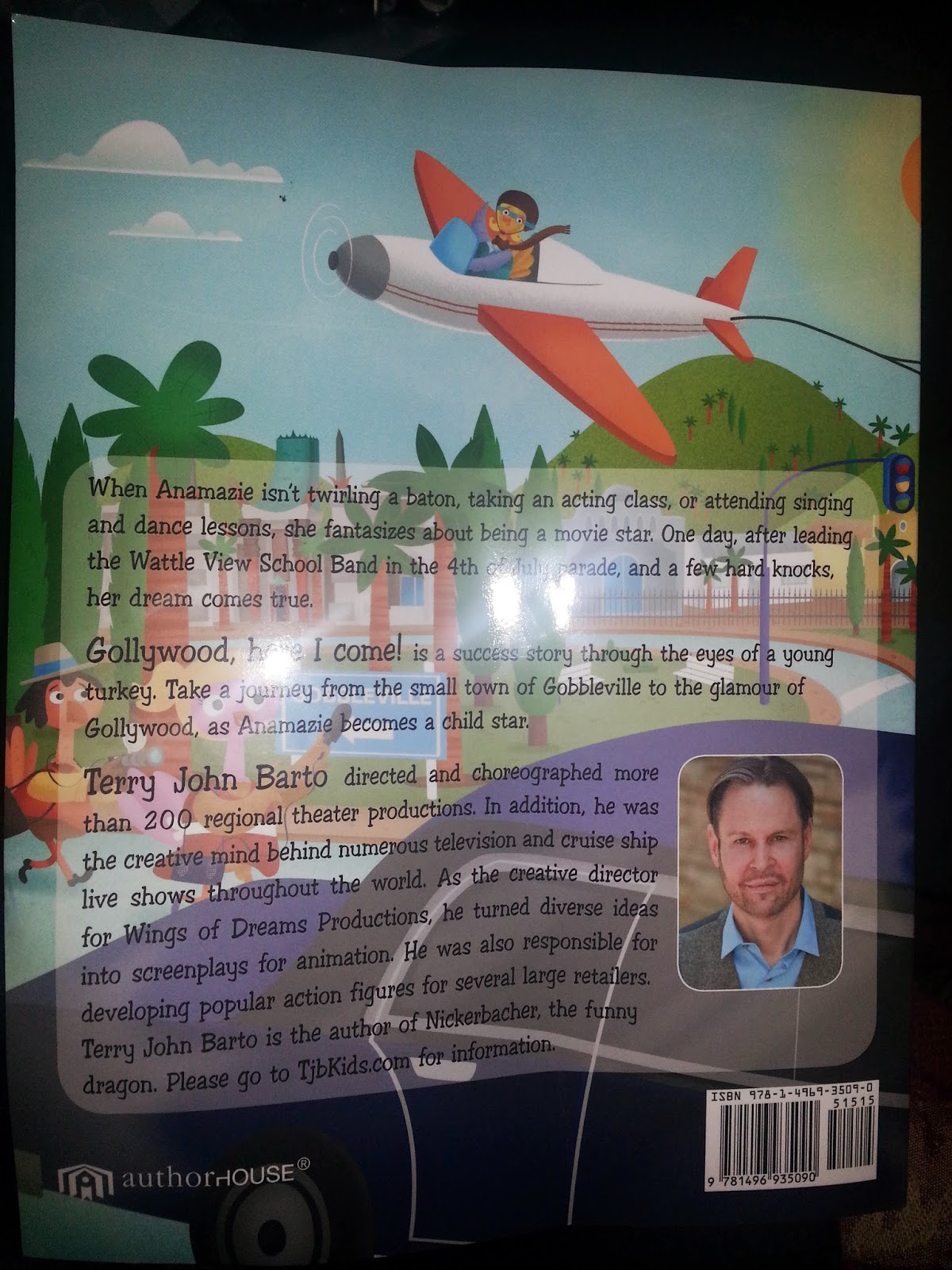 About the Author:
Terry John Barto has crafted dances and musical staging for more than 200 productions throughout the United States and abroad. His versatility ranges from Annie and Crazy For You to The Who's Tommy and West Side Story. Terry staged long-running shows for Princess Cruises and a variety of his choreography has been seen on CBS’ The Bold and the Beautiful. As the Creative Director for Wings of Dreams Productions, he turned diverse ideas into screenplays for animation and toys. He has also written another children’s book Nickerbacher, The Funniest Dragon to be released in 2015.  For more information about Terry John Barto, please visit TjbKids.com. 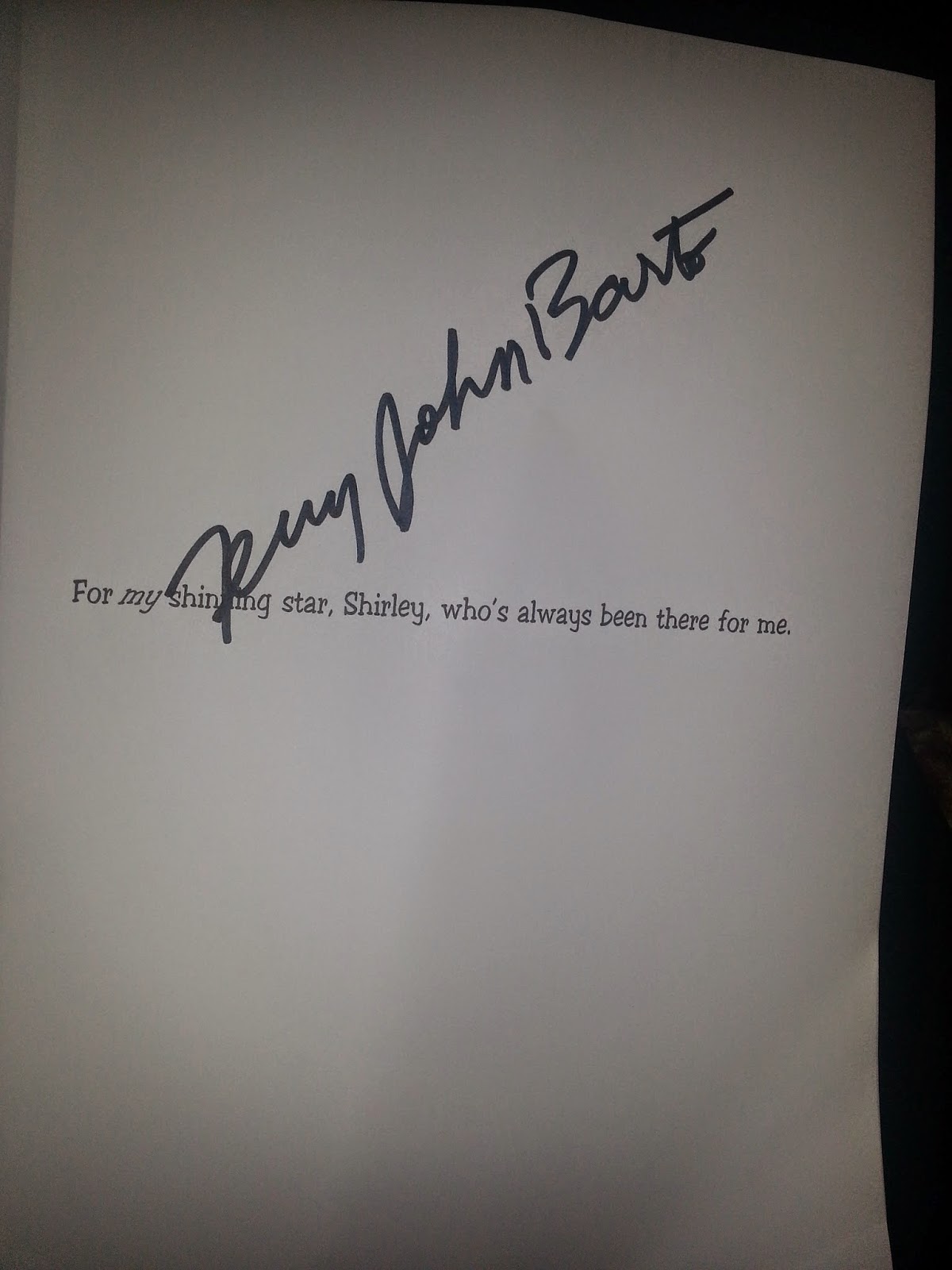 About the Illustrator:
Mattia Cerato was born in Cuneo, a small town surrounded by the beautiful Italian alps. At a young age his artist father encourage Mattia to draw and when he grew up he studied illustration at the European Institute of Design (IED).  After graduation, he landed his first illustration job, a book titled My First Picture Dictionary for Rass Language House.  He subsequently went on to illustrate many more children’s books. For more information about Mattia Cerato please visit www.mbartists.com.

Gollywood Here I Come is 32 pages and is available for a suggested retail price of $15.15.  To order please visit www.gollywoodhereicome.com, amazon.com and barnsandnoble.com.

Would you like to win a Copy of your Own?? Enter the Widget Below for your Chance to win!!!!
Entry-Form
on November 10, 2014