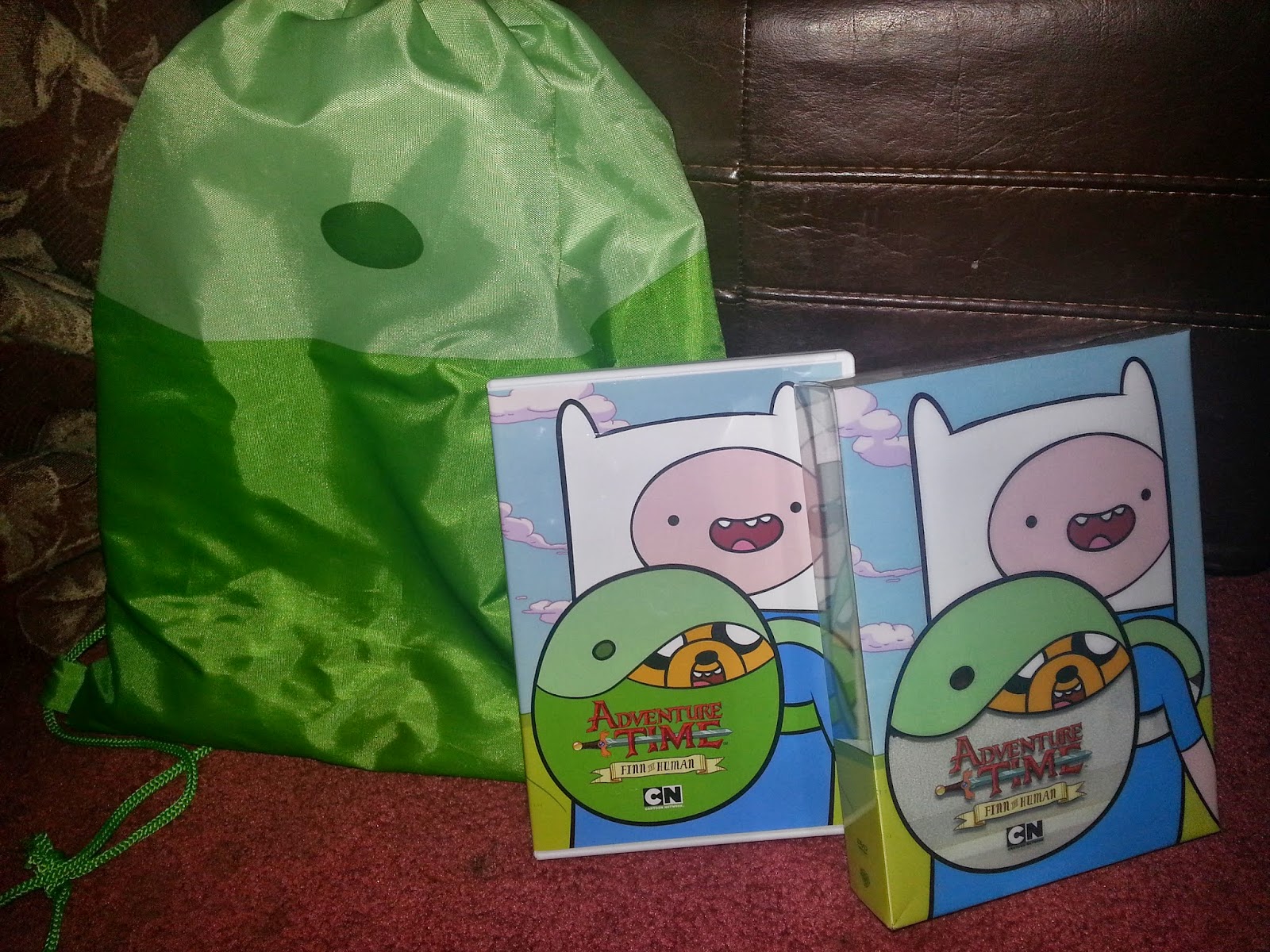 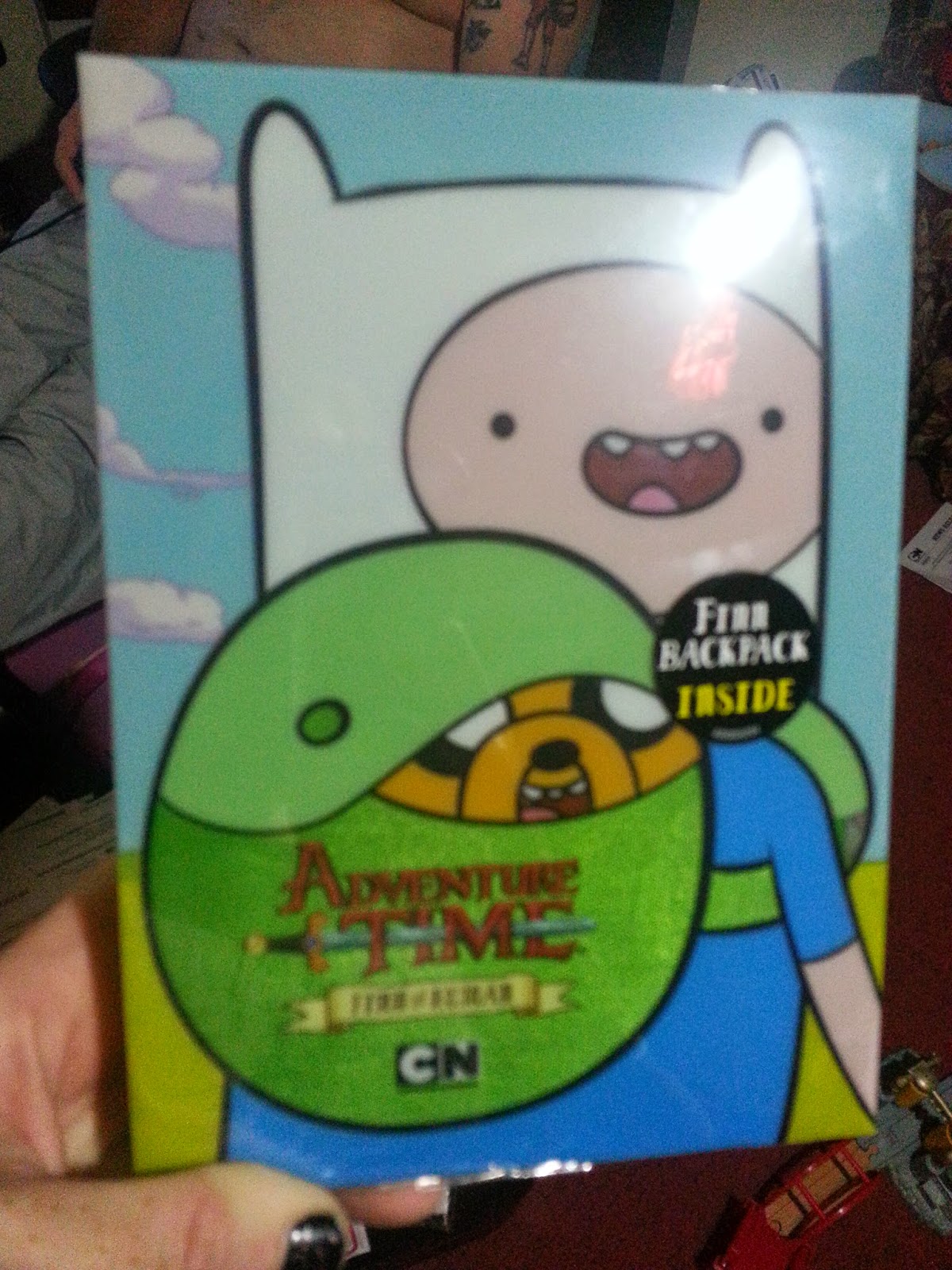 Adventure Time Fans Can Now Complete Their Finn Look with
A Totally Mathematical FINN BACKPACK Bundled with an All-New DVD from Cartoon Network!

This Christmas, Santa’s got a brand new bag—courtesy of Cartoon Network! Following the huge success of the Jake vs. Me-Mow and Jake the Dad DVDs and accompanying Finn and Jake hats, fans of Cartoon Network’s smash hit series, Adventure Time, can now complete their Finn look with an authentic backpack, which is valued at around 20 bucks on its own, packaged with the DVD! Packed with 16 hilarious episodes from fan-favorite seasons, Adventure Time: Finn the Human is a must-have gift for any Adventure Time lover. Beginning November 25, 2014, for only $24.98, fans will be able to get their hands on nearly three hours of content and a sweet exclusive backpack, perfect for any adventure this holiday season.
The episodes included on the Adventure Time: Finn the HumanDVD are:

Adventure Time: Finn the Human is the latest DVD release from Cartoon Network, and joins the best-selling—not to mention bonus-filled—Adventure Time seasons 1-4, as well as episodic releases, Adventure Time: Jake the Dad, Adventure Time: Jake vs. Me-Mow, Adventure Time: My Two Favorite People and Adventure Time: It Came From the Nightosphere, all of which are currently available at retail. These DVDs join a robust line of consumer products, including toys, apparel, accessories, comic books, costumes, posters, youth electronics, posters, publishing and much more.
Created by Pendleton Ward, the Adventure Time television series is an original animated comedy from Cartoon Network that follows the everyday adventures of unlikely heroes Finn the Human and his best friend, the shape-shifting dog Jake, as they travel across the Land of Ooo and encounter its unique inhabitants. Whether it’s saving Princess Bubblegum, defeating zombie candy, mocking the “oxy-moronic” Ice King, or rocking out with undead music wiz Marceline the Vampire Queen, with Finn & Jake it’s always Adventure Time! New episodes of the Emmy® Award-nominated series debut on Cartoon Network on Mondays at 7:30 p.m. (ET/PT), with replays throughout the week.

About Cartoon Network:
Cartoon Network (CartoonNetwork.com) is regularly the #1 U.S. television network in prime among boys 6-11 & 9-14. Currently seen in 97 million U.S. homes and 194 countries around the world, Cartoon Network is Turner Broadcasting System, Inc.’s ad-supported cable service now available in HD offering the best in original, acquired and classic entertainment for kids and families. In addition to Emmy-winning original programming and industry-leading digital apps and online games, Cartoon Network embraces key social issues affecting families with solution-oriented initiatives such as Stop Bullying: Speak Up and the Move It Movement.
Turner Broadcasting System, Inc., a Time Warner company, creates and programs branded news, entertainment, animation and young adult media environments on television and other platforms for consumers around the world.