Disclaimer I received these products for free for my honest opinion I would only recommend products that I truly love and would use myself.

The kids had no idea that I was surprising them with the Marvel Universe Live meet and greet they were able to meet some of the characters in the show before the show we attended on Friday the meet and greet was on a Wednesday. Some of the characters they were able to meet were Gomorrah from garden of the galaxy, Captain America, Doctor Strange, Loki, and Drax, and small performances by black widow and black cat. 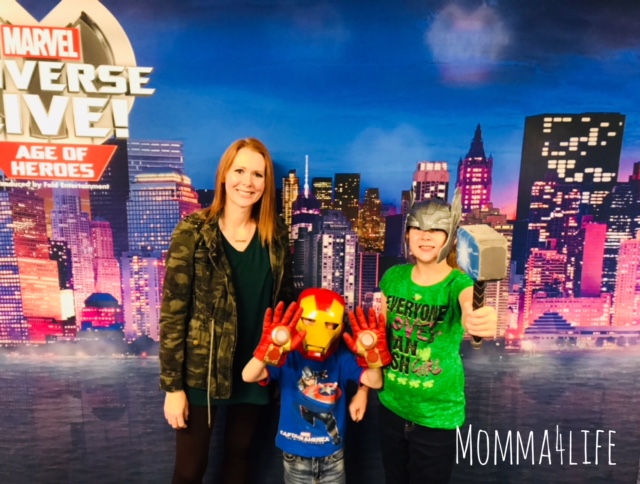 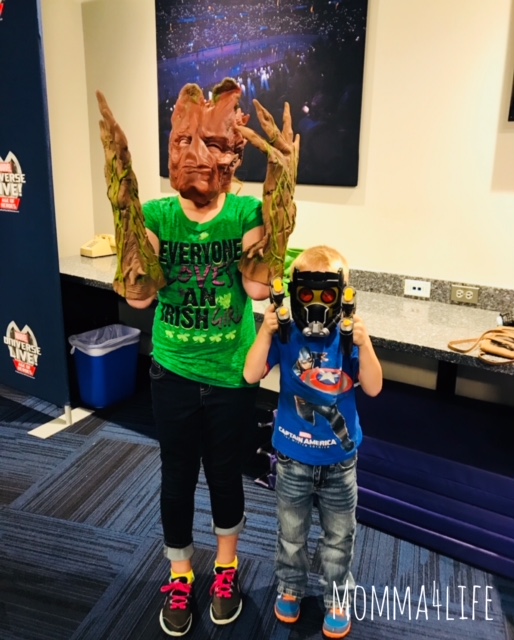 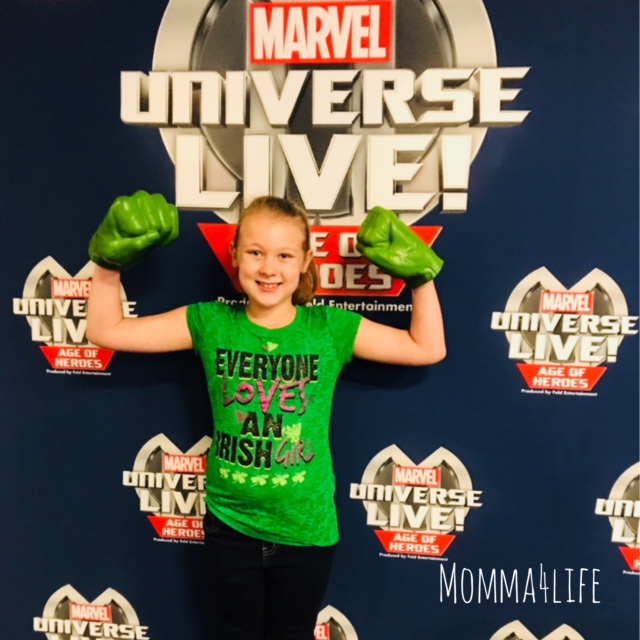 When we first came in the room we were able to look around at the different things they had displayed they had masks on one side with the different characters for the kids to try on, costumes that are actually in the show, masks that they wear in the show, character stands for each character in the show, they also had a photo opportunity where you could stand in front of the Thor's hammer. 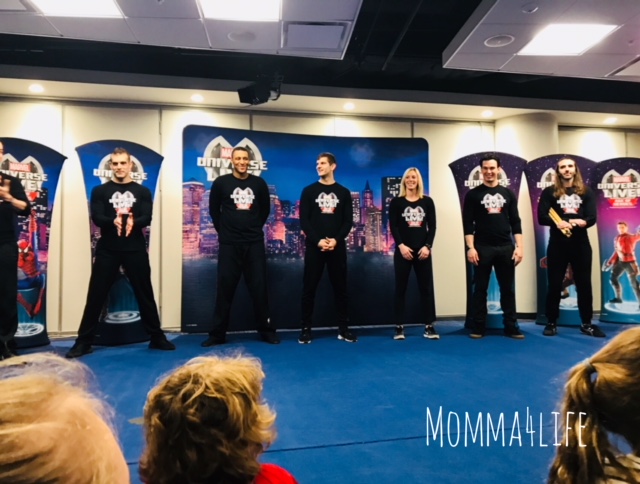 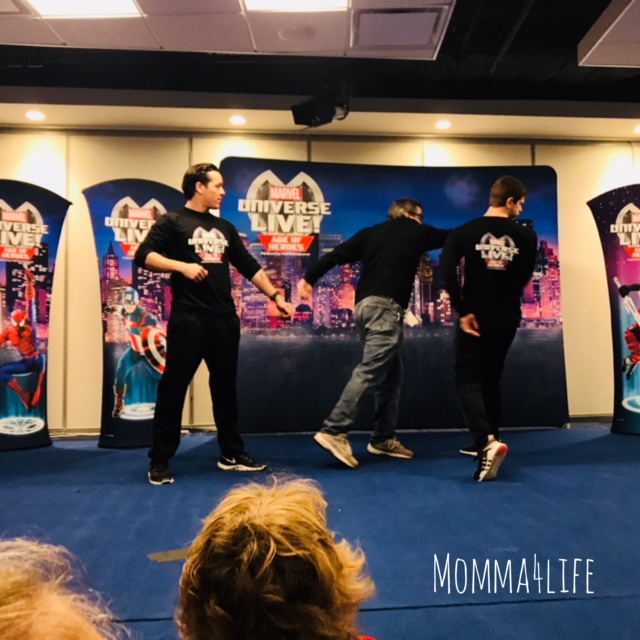 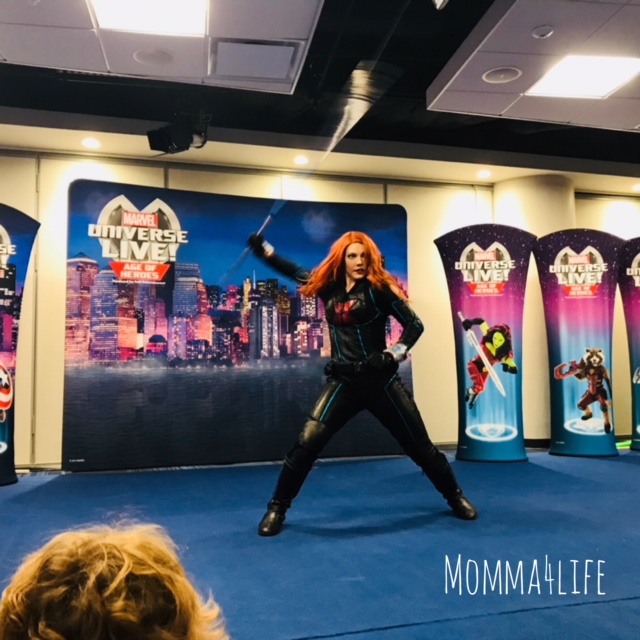 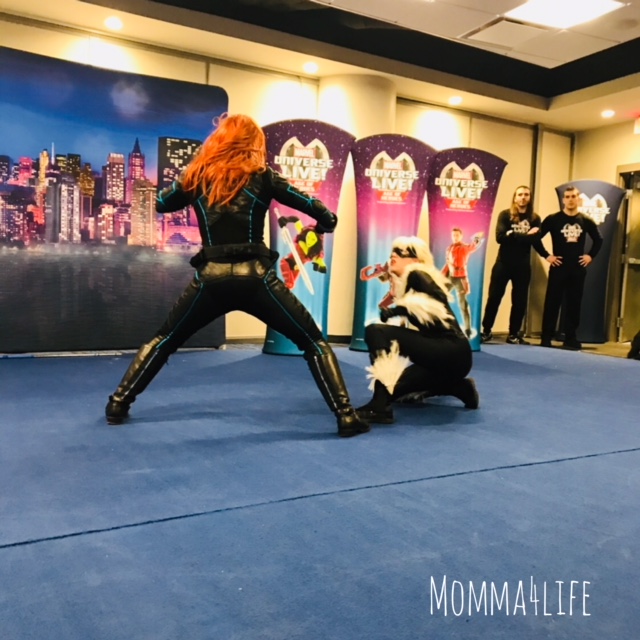 So the people that play the characters in the show came in and kind of explained how they will do the show and some of their stunts. They actually showed a few choreographed stunts and had the audience participate in some of these. The kids really enjoyed it and I actually enjoyed it too. They had a scene where Black Widow came in fighting black cat it wasn't too long but the kids and everyone seemed to enjoy it. 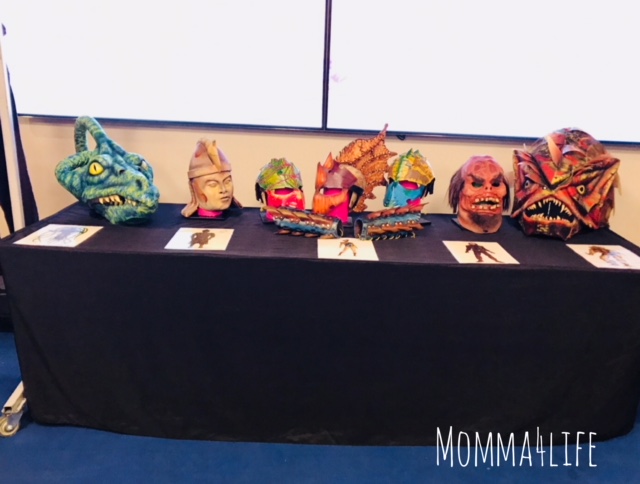 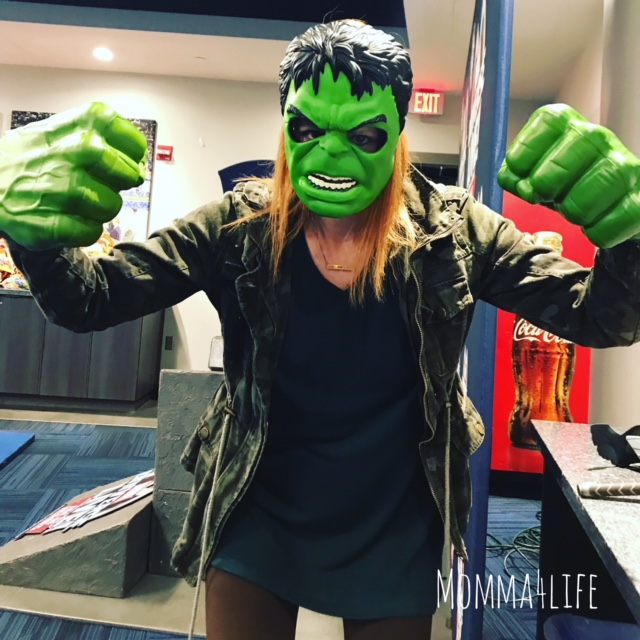 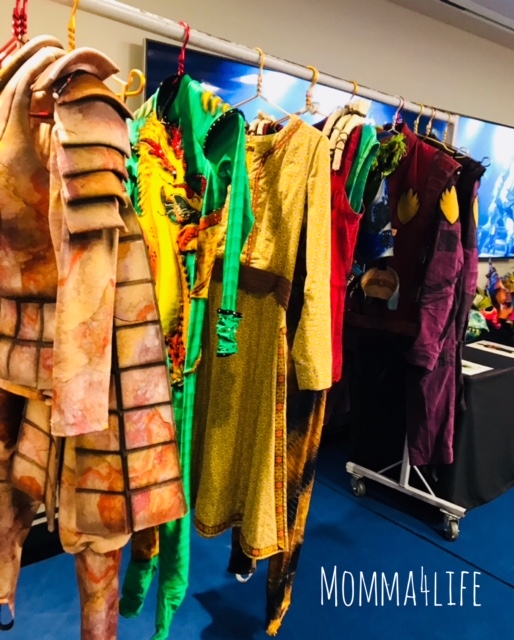 Next they allowed you to go around and meet the characters and talk to them about the show or anything else you would like to ask you also had opportunity to take photos with them which my kids did. My daughter took a picture with Gamora and my son took a picture with Captain America. 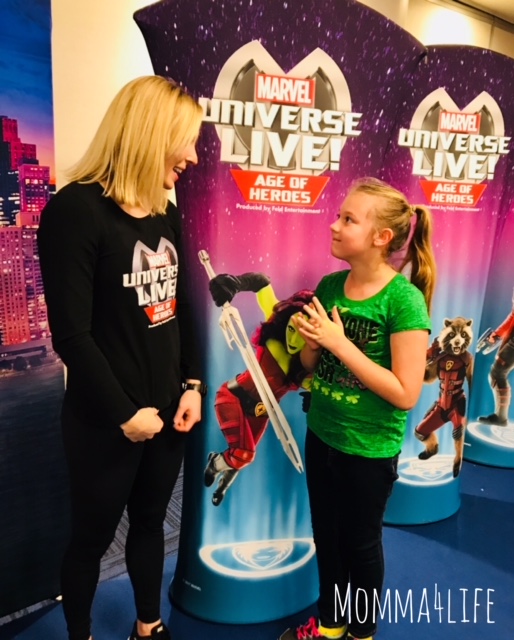 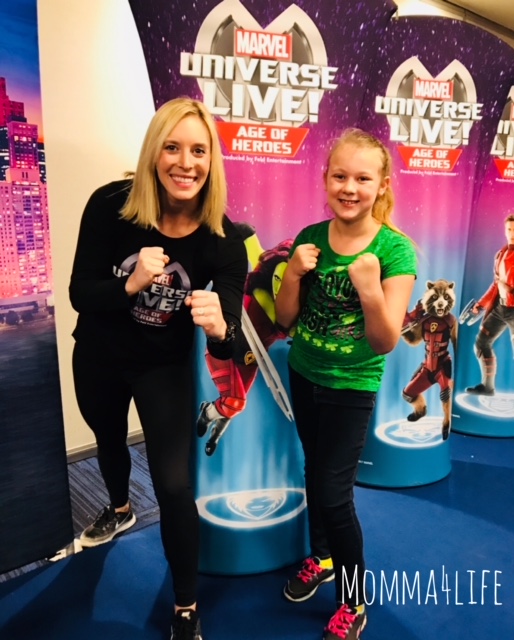 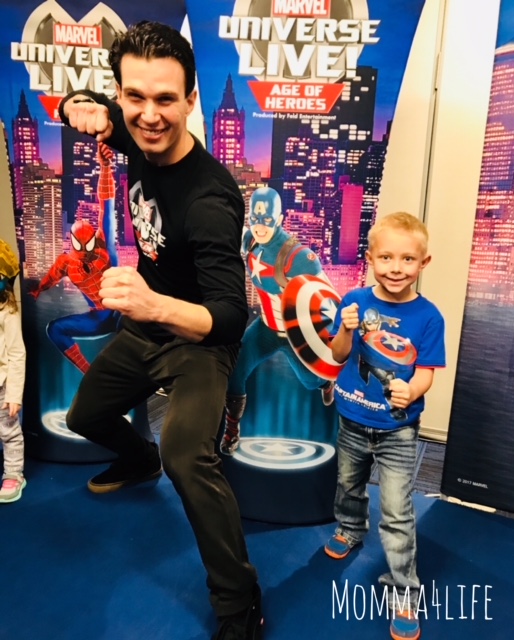 We were really excited also because the kids got goody bags to take with you that had water, a tattoo arm sleeve that you can pull right over your arm fruit snacks, coloring books, crayons, and an avengers comic book. 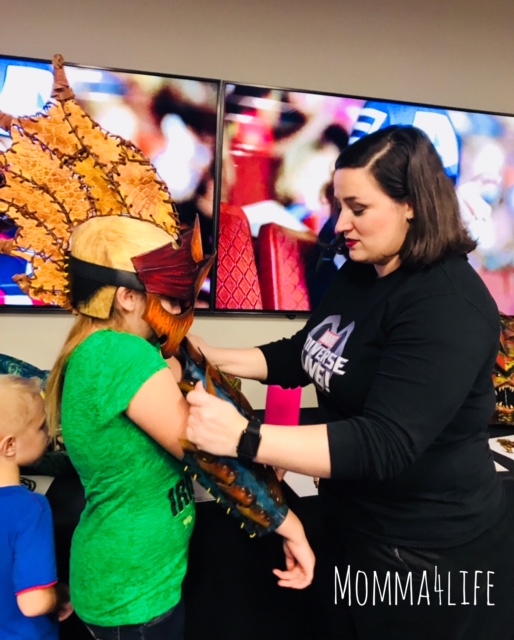 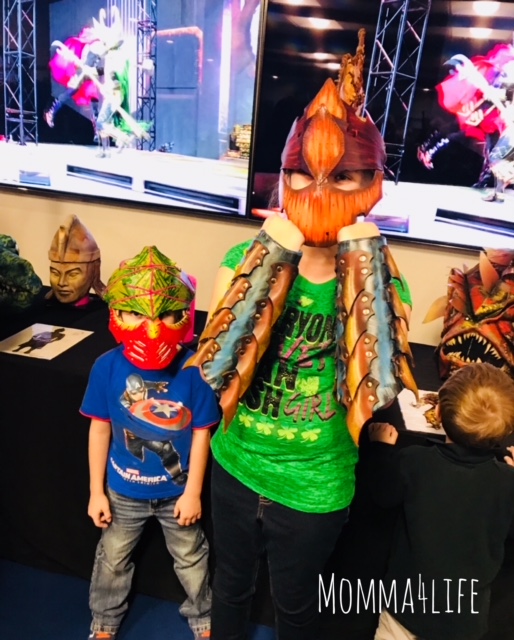 The kids are absolutely excited and had such a fun time we are glad we had this opportunity for this meet and greet to meet the avengers characters in the show marvel universe live age of heroes. 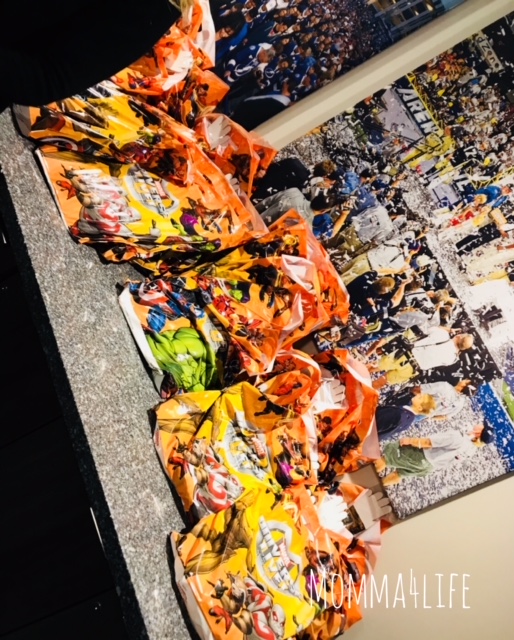