The Florida State Fair was founded 114 years ago in 1904 and was originally housed at the
Tampa Hotel, now known as The University of Tampa. 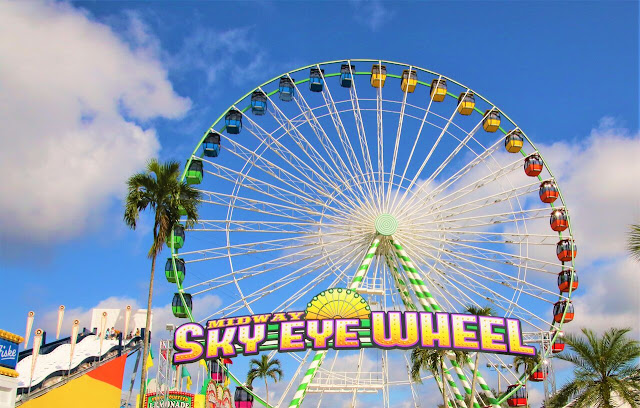 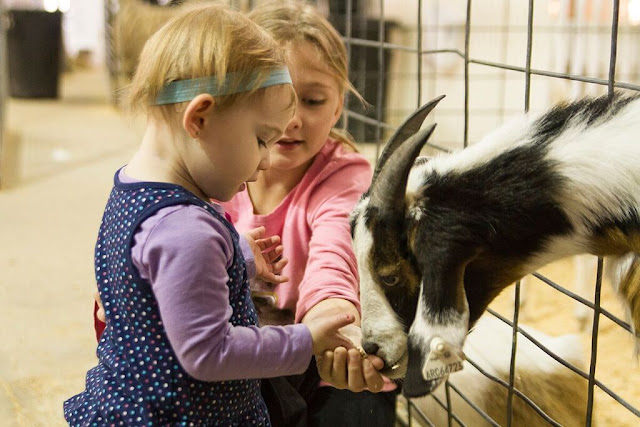 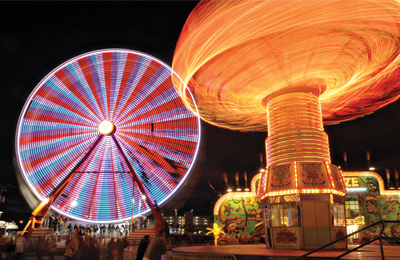 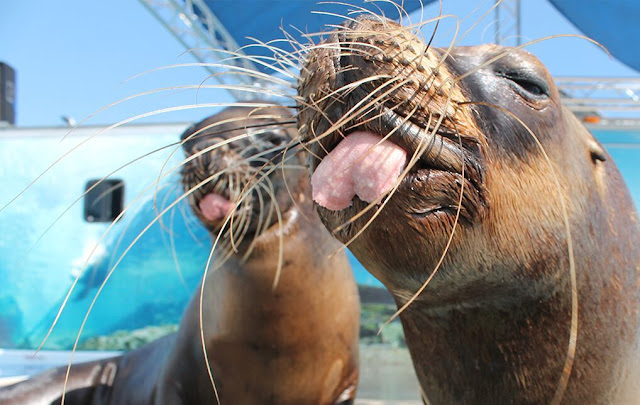 The 2018 Florida State Fair will have something for everyone this year. With strolling acts, our
Extreme Sports Series, Meet & Greets with Paw Patrol and Rusty Rivets, Little Farm Hands, Teen
Stars Live, Draft Horse Pull, Dance Moms, and even a Robotics Championship!

CHILDREN & TEENS:CHARACTER MEET & GREET| PAW PATROL, RUSTY RIVETS, UMIZOOMI
Meet Nickelodeon superstars from Paw Patrol, Rusty Rivets and Team Umizoomi live and in-
person at the fair!  See Chase and Marshall from Paw Patrol; Rusty and Ruby from Rusty Rivets
and Milli, Bot, Geo and Umicar from Team Umizoomi. There is plenty of opportunities to meet
the characters and have your picture taken. Don’t miss this opportunity to make a lifetime
memory for your kids!

TEEN STARS LIVE
Imagine hanging with four of your favorite stars from popular Disney and Nickelodeon Shows.
This exciting, action-packed presentation features, exclusive backstage looks at the stars, question and answer opportunity, amazing interactive games and plenty of opportunities to join the

Where else can you hang with your favorite stars live on stage?  Only at
Teen Stars Live, only at the Florida State Fair!  We will be announcing our stars soon so keep
checking our website and social media pages for details.

DANCE MOMS
The Florida State Fair is hosting its first-ever Dance championship and we want you to join us.
The competition is open to everyone competitive dancers and those who just want to be a
dancer.  Submit your video entries in December to be a part of the show and we will select 40
semi-finalist compete live at the fair on Friday, February 16th.  On Saturday, February 17th, our
finals will be judged by some of your favorite Dance Moms celebrities (Stay tuned to see who
is coming). The celebrities will judge the competition, give feedback to the contestants, perform
live on stage and even answer your questions about the show. Come to compete or just to
watch, this show has something for everyone!
LITTLE FARM HANDS PRESENTED BY MOSAIC, INC.
“Little Farm Hands” is an agricultural education exhibit for kids. Children (ages 3-10) become
farm hands at this free, hands-on exhibit as they are provided the opportunity to experience
the agricultural process, beginning at the farm and ending at the market. Children will learn to
milk a cow, gather eggs and pick produce.

BMX/FMX FREESTYLE MADNESS
Starting off with small, basic tricks and ending with some of the biggest stunts in action sports,
this show is action packed from start to finish! The show is choreographed with high
-flying, death-defying stunts for crowd enjoyment of all ages. Some of the stunts you see wi
ll include 360s, tail whips, multiple BACKFLIP VARIATIONS and even FRONT FLIPS. The whole family will
love the experience this show has to offer.THE NINJA EXPERIENCE
Featured on America’s Got Talent, this team of martial arts experts has been wowing audiences
around the world with high
-flying, jaw
-dropping performances that showcase an extraordinary
display of extreme breaking, kicking and flipping that the whole family will enjoy.
MINI MONSTER TRUCKS
Mini Monster Trucks are small scale monster truck
teams consisting of kid drivers ages 6-17.
They travel the country putting on actual monster truck shows that include activities you see at
all the big shows!  See ramping cars, freestyling, racing, and even get an autograph from your
favorite driver. You don’t want to miss these amazing young athletes perform for you live.
UNITED STATES LAWN MOWER ASSOCIATION RACE Lawnmowers aren’t just for weekend chores anymore! Watch competitors of all ages race around the track in their modified, riding lawnmowers. DEMOLITION DERBY
Looking for thrills at the Florida State Fair? The demolition derby is for you! For the first time in
decades, the demolition derby returns to the fair.  Watch as the cars crash and smash until
there is only one left standing.  Also see the cars compete in a unique car soccer match.  Help
us welcome back the demolition derby to the 2018 Florida State Fair.
MORE NOT-TO-BE-MISSED ACTIVITIES
FLORIDA STATE FAIR STATE VEX ROBOTICS CHAMPIONSHIP

This tournament is to help kids improve
their engineering abilities. It’s all STEM (Science,
Technology, Engineering and Math oriented)TRASHY FLASHY FASHION SHOW
Come see just how fashionable trash can be at the Trashy Flashy Fashion Show! Benefitting
Keep Tampa Bay Beautiful, this trendy fash
ion event features designs which are all created
from at least 75% recycled materials. You will be amazed by the creations our designer come
up with saying” I can’t believe that is made out of trash!”

SENIOR PROGRAMMING COUNTRY GOLD Join legendary, award-winning classic country icon Leroy Van Dyke and country legends T.G. Sheppard, Moe Bandy and Rhonda Vincent as they take you on a retrospective, nostalgic journey featuring America’s golden country music.
THE RIVER CITY BOYS present a TRIBUTE TO THE STATLER BROTHERS
ELVIS EXTRAVANGANZA NATIONAL CHAMPIONSHIP
It is one of the most sought-after productions in the entertainment industry and during the last
20 years it has enjoyed success at premiere performance venues all over North America.  The
Florida State Fair serves as the National Championship competition. CENTRAL FLORIDA RAT PACK
The Central Florida Rat Pack, pays tribute to some of the greatest performers of our time.
Frank Sinatra played by Armando Diaz, Sammy Davis, Jr played by Steve Roman and Dean
Martin played by Felix J. Deneau, Jr. This is a tribute show you don’t want to miss!
Florida State Fair Giveaway Admission + Armbands "Unlimited"
on January 12, 2018