We received tickets in exchange for our honest opinion of the show.

We were so excited to have the opportunity to go to the show marvel universe live age of heroes and see them. It was really nice how the show first started out they had a local football player come out and introduce the Avengers and everyone in the show. The shows start out with Doctor Strange telling of all the characters in the show now and putting them on the main screen before they came out. This was really nice to get associated with the characters since I'm not up to date with them like my kids are. 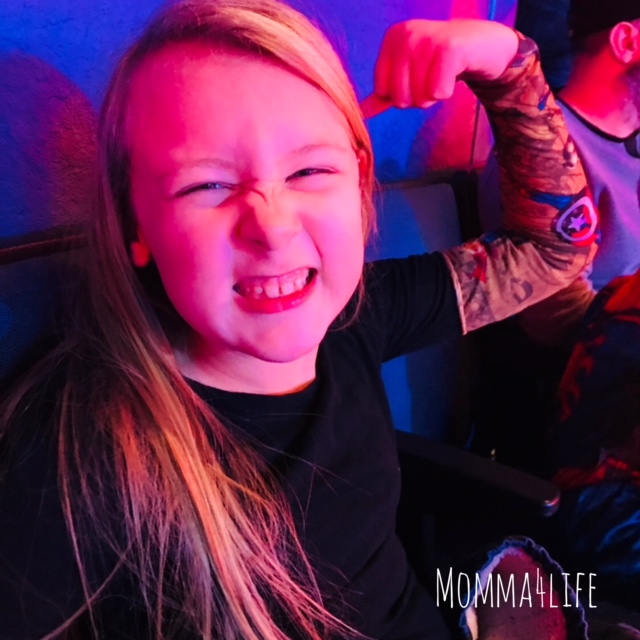 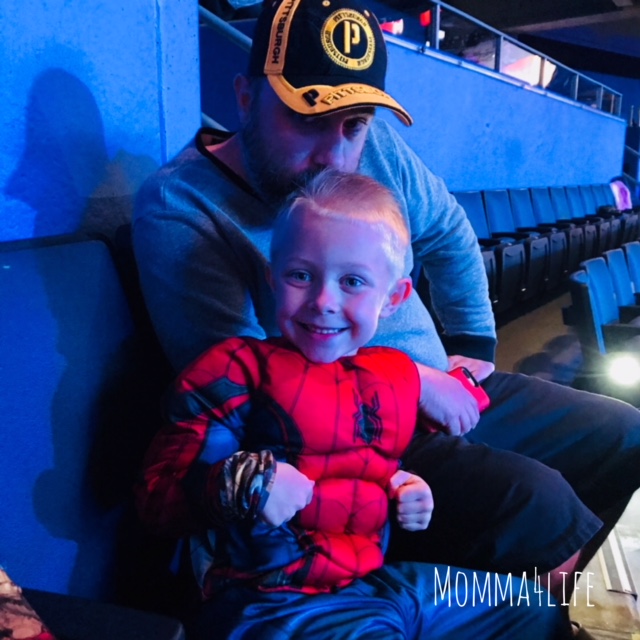 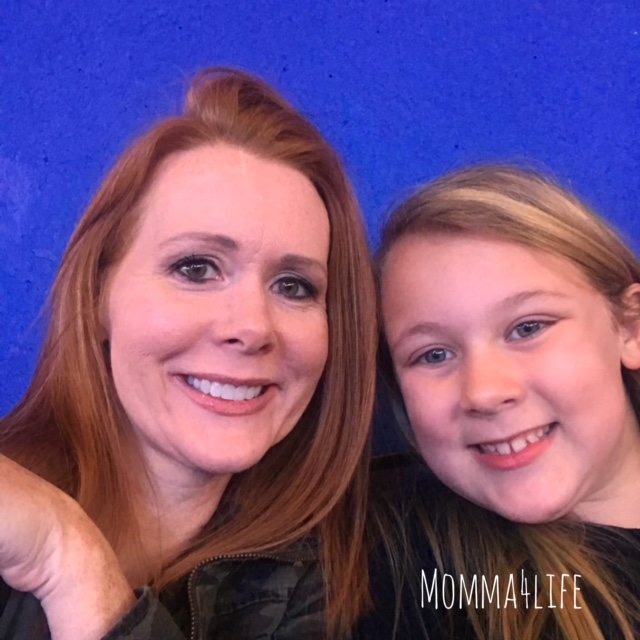 The show was really great I'm not really into superheroes but my husband and my two children are and they absolutely enjoying it. My daughter sat with me and the whole time she was telling me who was who and telling me what they do and everything else. There was a lot of fighting, lights, fire, and acting in this show. We had pretty good seats to where we could see everything going on. 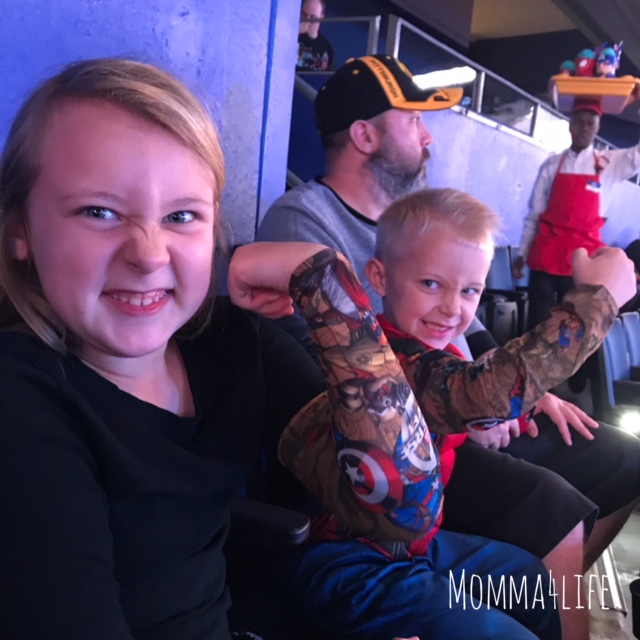 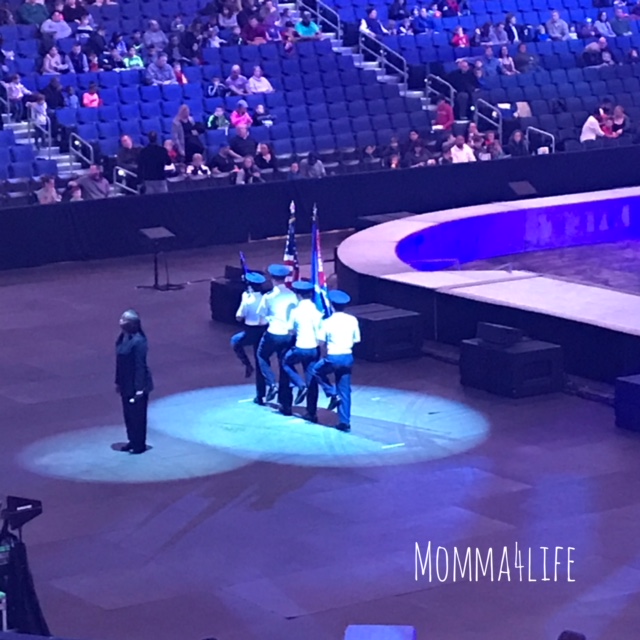 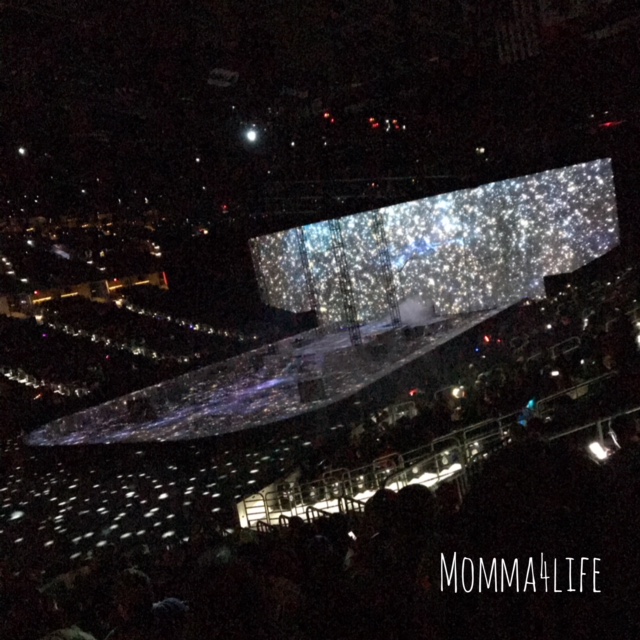 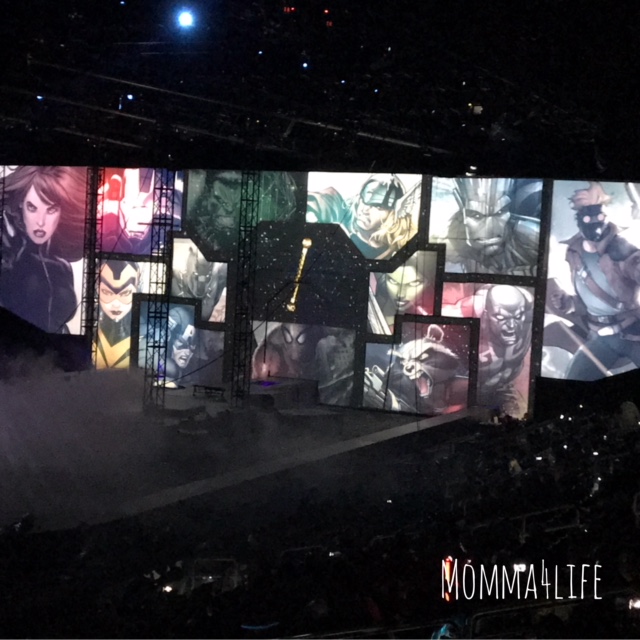 My favorite part of the show is when The Incredible Hulk came out it was toward the end where he turned into the green superhero. I won't give too much away but it was a very entertaining show. They did have a break in between for people to go to the restroom and get food and so on. 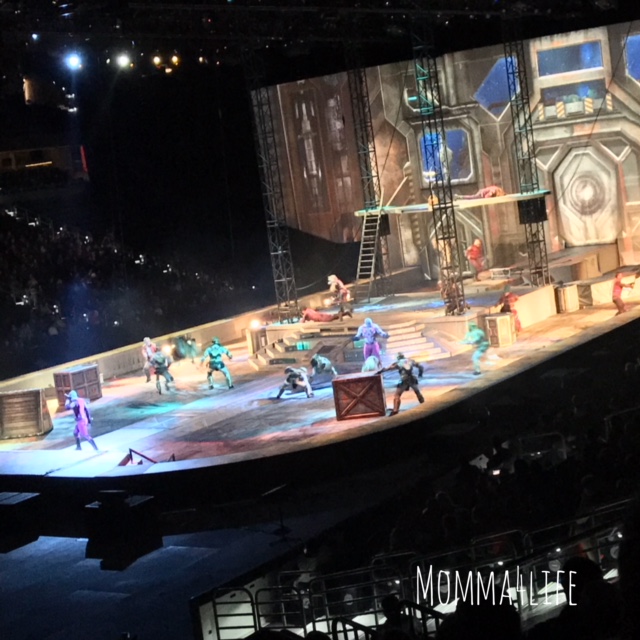 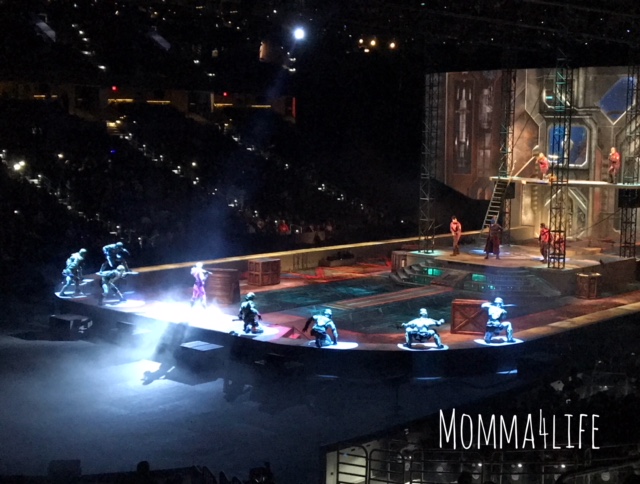 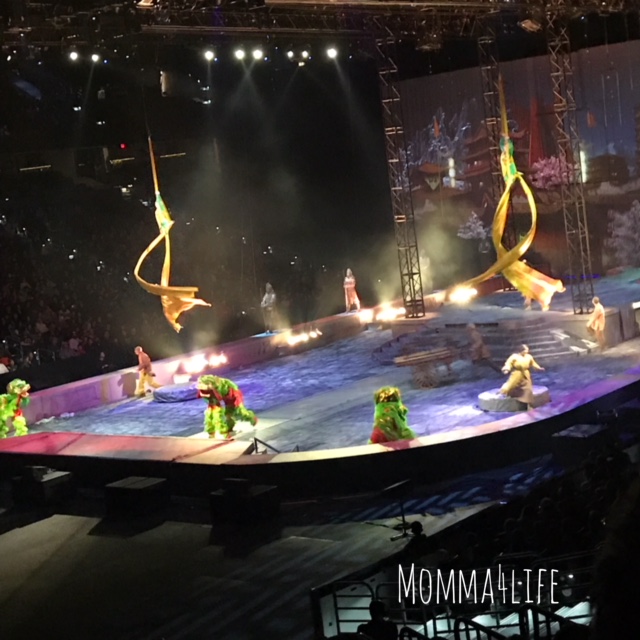 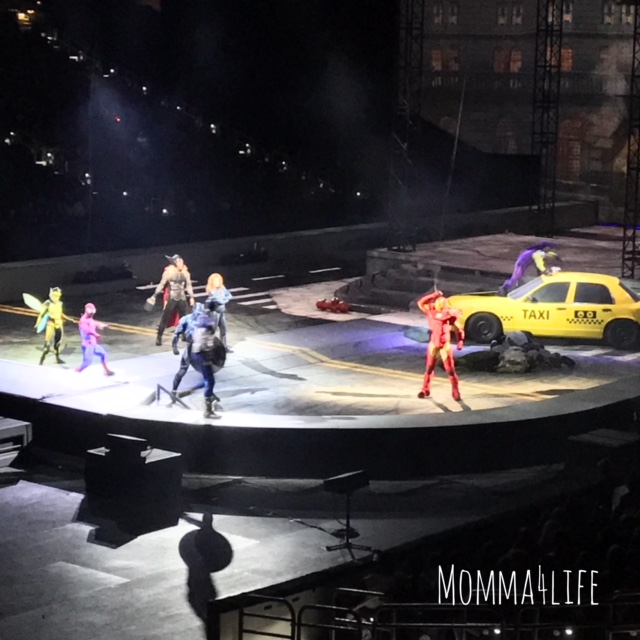 And then after the break, they came back and finished the show. Another part of the show I really like is when they rode bikes around the stage. 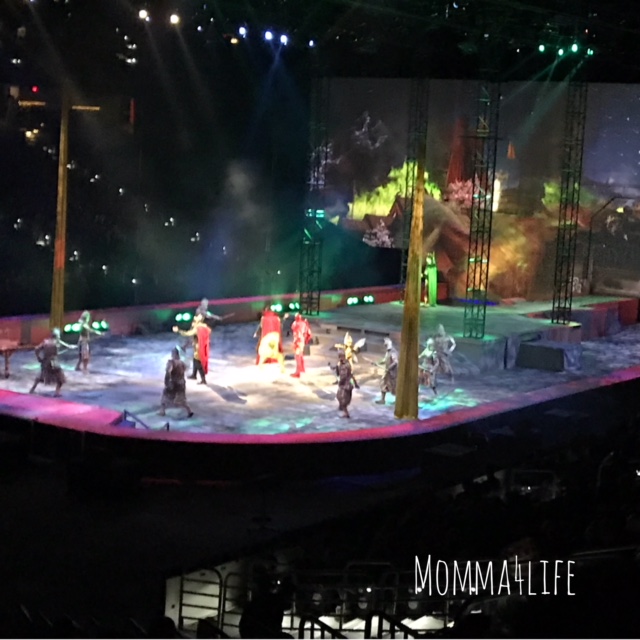 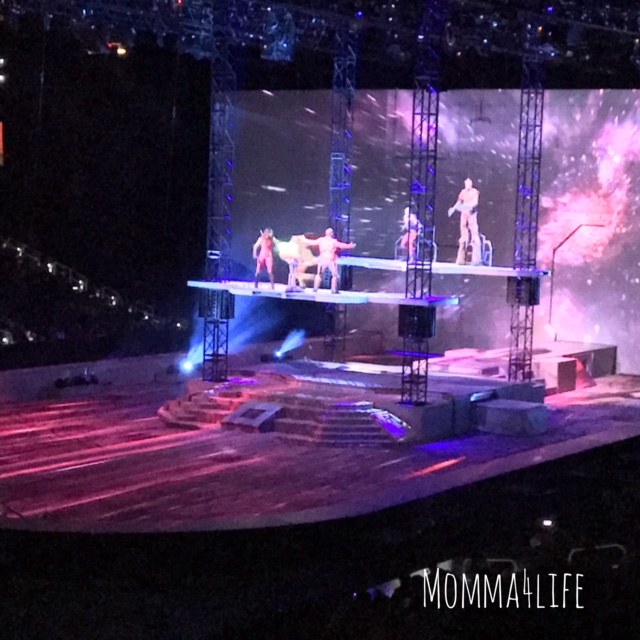 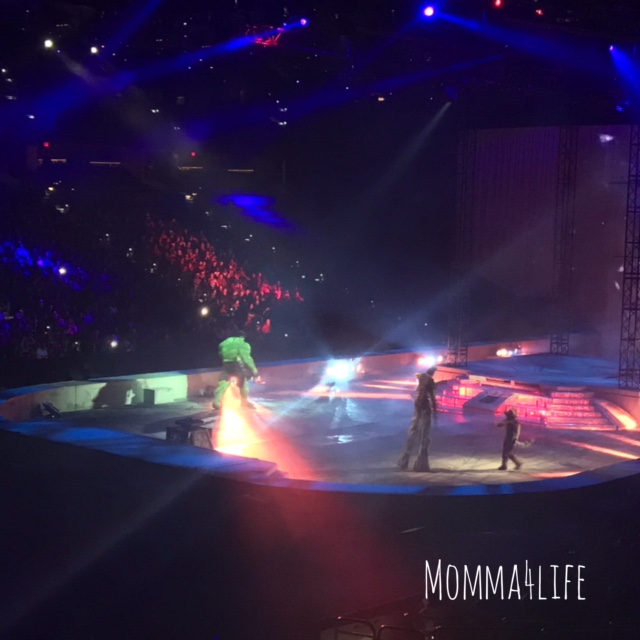 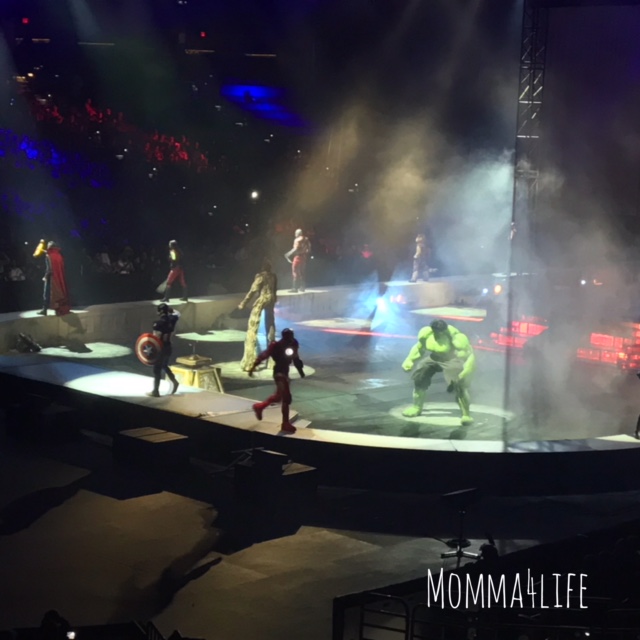