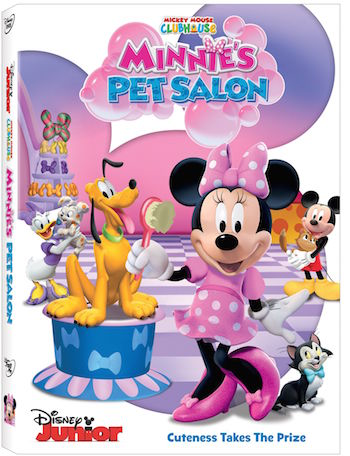 All your Clubhouse pals are bringing their animal friends to get spruced up for Pluto’s All-Star Pet Show.  With so many pets to bathe, groom and train, Minnie needs help.  Luckily, Mickey and the gang are there to lend a hand.  But when three adorable little kittens go missing, it will take the right Mouseketools – and help from YOU  - to find them in time for the big show.  With over two hours of song-filled pet-themed fun, including 4 additional episodes, Minnie’s Pet Salon is the “purr-fect” gift.