Disclaimer: I was sent products for free or highly discounted to review for my honest opinion. These products are from a PR agency or a company. Regardless, I only recommend products or services I use personally and believe will be good for my readers. Your opinions may vary from my opinions. Please allow 8 weeks to receive product. For Giveaway items. 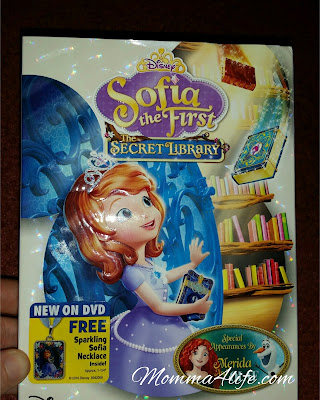 So excited to tell you about Sofia the first the secret library the kids have been absolutely loving this DVD especially my daughter. This DVD features Sophia teaming up with Merida which is brave girl from Disney and Olaf from frozen. To me I love how they add other Disney characters into this DVD and the kids really enjoy it. Plus there's also a free Sophia necklace inside and this isn't a cheap necklace either it is really cute made from beads and my daughter loves it. This DVD kept them distracted it has four episodes in these episodes last for over an hour and a half. 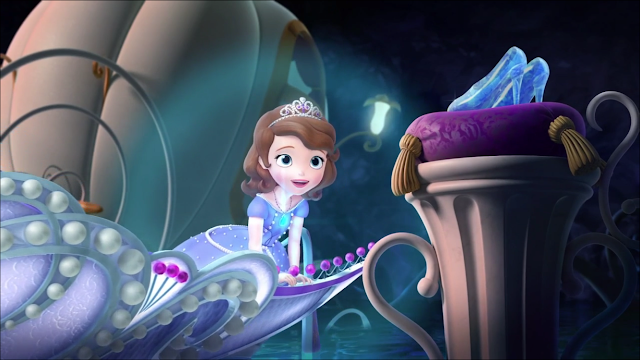 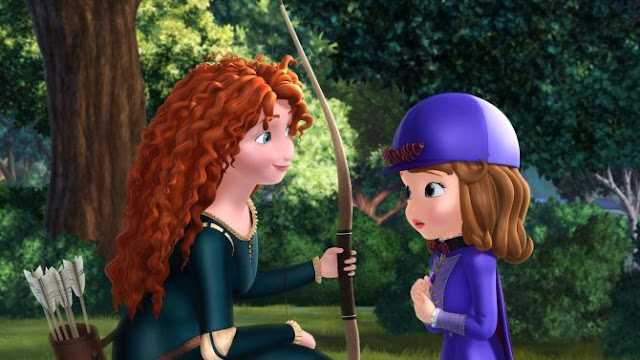 This DVD is approximately 90 minutes long.
Even my little niece when she comes over loves watching this DVD also but she loves Sophia anyway.

SOFIA THE FIRST: THE SECRET LIBRARY

Synopsis:                      Sofia's Aunt Tilly returns to give her a gift that will unlock a secret world and appoint Sofia storykeeper of magical books without endings in "Sofia the First: The Secret Library." Follow along as Sofia pursues adventures that will finish the narratives, including rescuing Minimus' brother from an evil prince and setting out on a mission to stop Miss Nettle from stealing all the beautiful snowdrop flowers from the wintery kingdom of Freezenberg. Merida from Disney•Pixar's "Brave" and Olaf from Disney's "Frozen" make special appearances.