Your favorite Star Wars heroes are back in Lego® Star Wars: The New Yoda Chronicles on DVD September 15th! Unleash the lighter side of the Force with this action packed release that comes with four complete episodes, plus a bonus alternate ending. 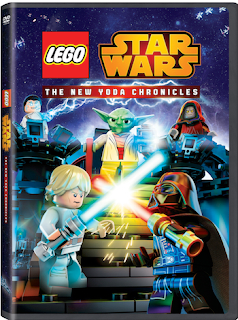