Happy 4th of July from My Little Pony: Keys of Friendship on DVD 7/29!


In anticipation of My Little Pony – Friendship is Magic: The Keys of Friendship on DVD 7/29 from Shout! Factory and Hasbro Studios, we have these fun Patriotic Pony Recipes Button for you to share with your readers for 4th of July! This DVD will be also have exclusive packaging that includes My Little Pony stickers from Walmart and a My Little Pony door hanger from Target! 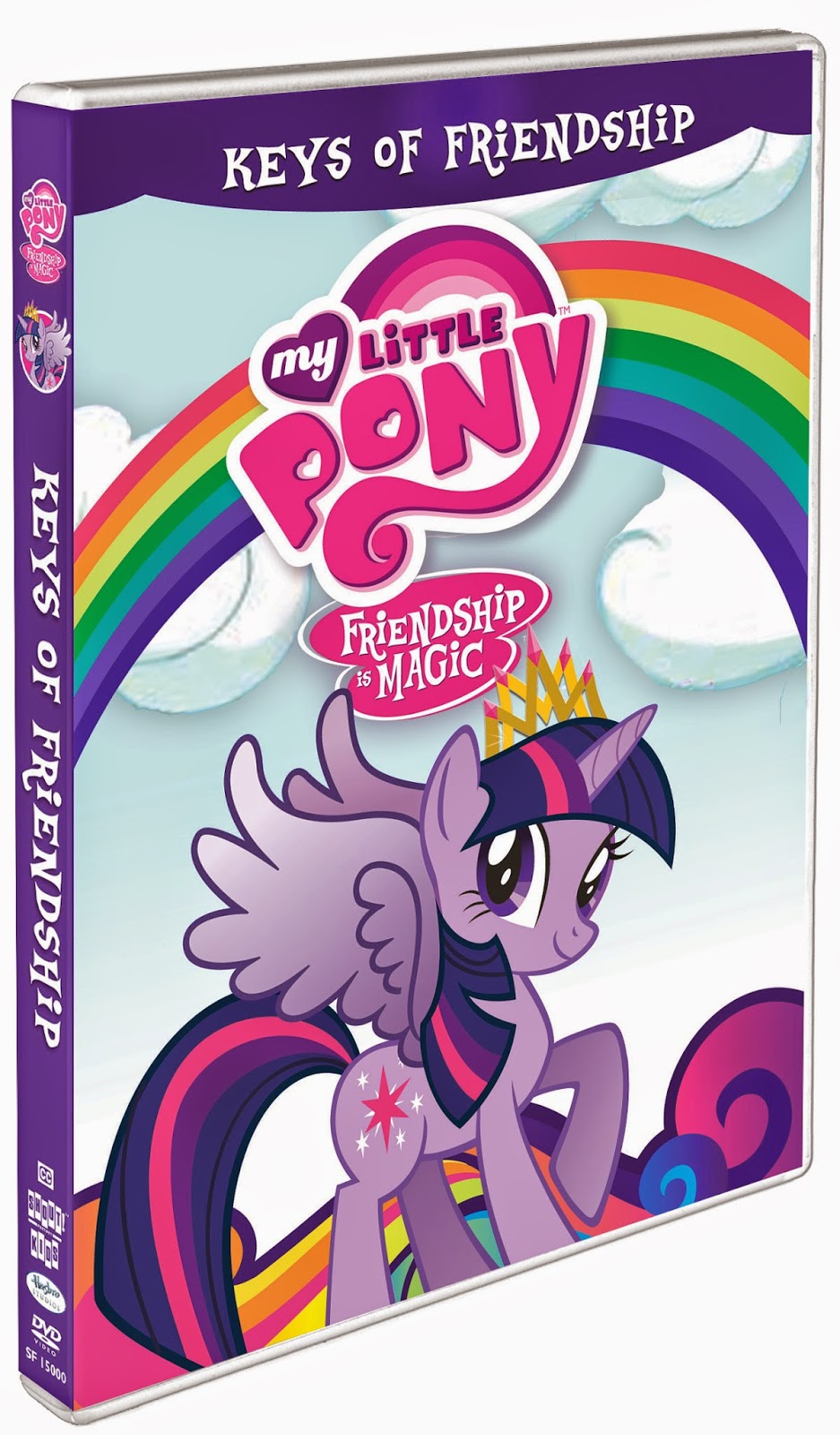 MY LITTLE PONY – FRIENDSHIP IS MAGIC:
THE KEYS OF FRIENDSHIP
COMING TO DVD JULY 29, 2014

Los Angeles, CA – Ponies make the best friends! With that in mind, My Little Pony Friendship Is Magic: The Keys Of Friendship is coming to DVD on July 29 in the U.S. and Canada from Shout! Factory Kids in collaboration with Hasbro Studios.  The 5 episodes include “Rarity Takes Manhattan,” “Pinkie Apple Pie,” “It Ain’t Easy Being Breezies,” “Twilight’s Kingdom, Part 1,” and “Twilight’s Kingdom, Part 2.” A fun sing-along is included as a bonus feature.

Since her arrival in Ponyville, Twilight Sparkle has learned the true meaning and value of friendship. With her very best friends — Rainbow Dash, Rarity, Pinkie Pie, Applejack, Fluttershy and, of course, Spike — Twilight goes on the greatest of adventures and comes back with even more lessons. All of this has earned Twilight her wings and the crown of a Princess and now you can learn what Princess Twilight Sparkle has learned and take with you The Keys Of Friendship.