"Neighbours" is set in Ramsay Street, a residential cul-de-sac in the fictional Melbourne suburb of Erinsborough.  Exploring the trails and tribulations of families and friends, "Neighbours" brings the perfect blend of soap and sunshine to audiences in Australia beyond.

Paula Abdul has a guest appearance in this Fridays episode .  She is not the first known guest star on "Neighbours".  Throughout the years other celebrities such as  Russell Crowe, Lily Allen, Kylie Minogue, Natalie Imbruglia and Guy Pearce have visted Ramsay Street.


July 14, Exclusively on Hulu and Hulu Plus

Five New Episodes to rollout weekly on Hulu and Hulu Plus


Including a Special Guest Appearance by Paula Abdul

ABOUT FREMANTLEMEDIA
FremantleMedia is one of the largest creators, producers and distributors of television brands in the world.  It is responsible for many of the world’s highest rated prime time entertainment, drama, serial drama, factual entertainment and kids & family programming, with capabilities that extend from content creation to licensing, digital and branded entertainment, gaming and home entertainment. The FremantleMedia Group (which includes FremantleMedia International, FremantleMedia Digital & Branded Entertainment, FremantleMedia Kids & Family Entertainment, FremantleMedia North America, UFA, FremantleMedia UK, FremantleMedia Australia, Ludia, @radical.media and Original Productions, among others) has an outstanding global network with operations in 28 countries, creating over 8,500 hours of programming a year, rolling out more than 60 formats and airing 400 programmes a year worldwide. The company also distributes more than 20,000 hours of content in over 200 territories. FremantleMedia has some of the world’s most famous and long running formats in its catalogue, and globally produces such programmes as: Idols, Got Talent (co-produced with Syco in the UK and the US), The X Factor (co-produced with Syco in the UK and the US), Take Me Out, Hole In The Wall, Family Feud, The Price is Right, Farmer Wants A Wife, Through the Keyhole Gute Zeiten Schlechte Zeite, Wentworth, Neighbours, Generation War, Salatut Elamat, Grand Designs, Project Runway, Tree Fu Tom and Strange Hill High.  FremantleMedia is part of RTL Group, the leading European entertainment network, which is in turn 75.1 percent owned by the international media company Bertelsmann. www.fremantlemedia.com 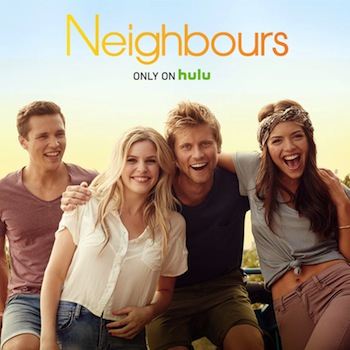