Announce: A STORK'S JOURNEY arrives for a limited time on Google Play June 1

A young sparrow raised as a stork must prove he has what it takes to be a stork when the family animated film A STORK’S JOURNEY arrives for a limited time on Google Play June 1, In Theaters June 30th, and on DVD, Digital HD, and On Demand July 4th from Lionsgate Home Entertainment. 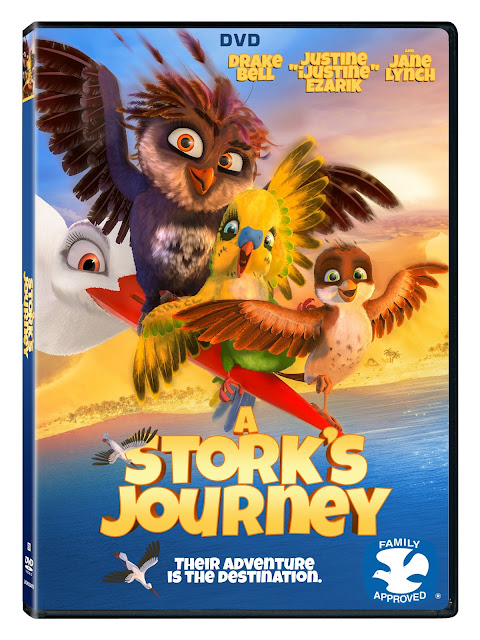 May 16, 2017 - (Los Angeles, CA) – Take flight on a grand adventure for the whole family with debut of A Stork’s Journey for free for a limited time on Google Play, beginning June 1 from Lionsgate.

Featuring the voice talents of Drake Bell (Superhero Movie, “Drake and Josh”), YouTube star Justine “iJustine” Ezarik, and Jane Lynch (“Glee,” Wreck-It Ralph), A Stork’s Journey follows Richard, a sparrow orphaned at birth and raised by storks who believes that he is a stork, too! But when winter comes and the storks prepare to migrate to Africa, his stork family must reveal his true identity and leave him behind in the forest with the other sparrows since he would not survive the long journey. Determined to prove he is a stork after all, Richard ventures south on an epic adventure, accompanied by friends big and small, to unleash his true potential and be reunited with his family.

This family-friendly, feature-length animated adventure will be available to redeem for free* for a limited time on Google Play from June 1 to June 28, 2017. A Stork’s Journey will make its debut in theaters on June 30 and will be available on DVD, Digital HD, and On Demand on July 4.

The Dove Foundation awarded A Stork’s Journey with 5 Dove’s, their best rating, “due to it’s originality and fun storytelling,” The film is Dove “Family-Approved” for all-ages and is “entertaining and fun for the entire family.” 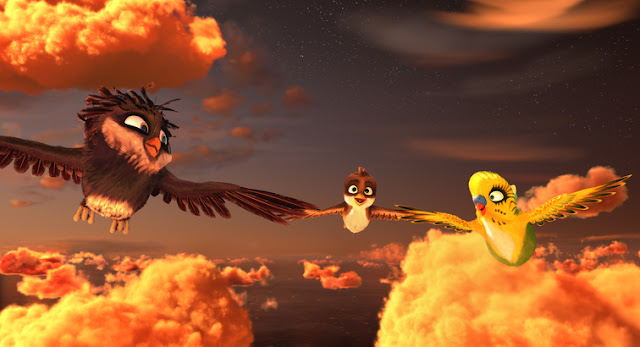 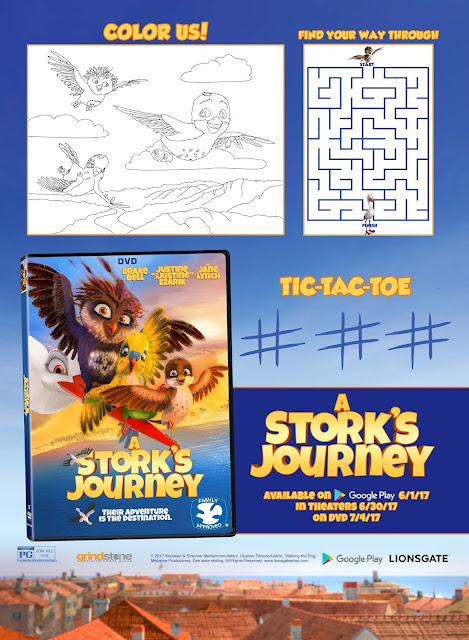 
One of the largest independent television businesses in the world, Lionsgate’s slate of premium quality series encompasses nearly 90 shows on more than 40 different networks. These include the ground-breaking Orange is the New Black, the fan favorite Nashville, the syndication success The Wendy Williams Show, the hit drama The Royals, the acclaimed Casual, the breakout success Greenleaf and hit Starz series including Outlander, Black Sails, Survivor’s Remorse and Power, the second highest-rated premium pay television series of 2016.

Lionsgate's home entertainment business is an industry leader in box office-to-DVD and box office-to-VOD revenue conversion rates. Lionsgate handles a prestigious and prolific library of more than 16,000 motion picture and television titles that is an important source of recurring revenue and serves as a foundation for the growth of the Company's core businesses. The Lionsgate, Summit Entertainment and Starz brands are synonymous with original, daring, quality entertainment in markets around the world. www.lionsgate.com
on June 02, 2017