The Good Dinosaur Review Out on Dvd Tuesday February 23

Out on Dvd February 23 The Good Dinosaur I am so excited for this movie to come out so soon we actually saw this in the theaters and loved this movie. Normally the kids are out by 8:30 they stayed out the entire length of this movie. Seeing this in the imax theater was amazing too. What is The Good Dinosaur about well without giving out to much of the movie so you can go get it when it's out February 23rd I will give you a little run down to get your familiar with the story. 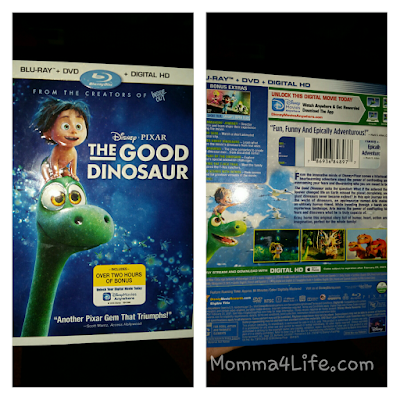 Arlo is the main Dinosaur in the movie along with his family he has a couple sibling and his Mom and Dad growing up ever since he was a baby he tried to be like his sibling but it seems he could never get anything just right. But something happened and then he met a friend and his name was spot. They were taught life lessons and I don't wanna give to much away but this is a must see for parents and children you will both love it. 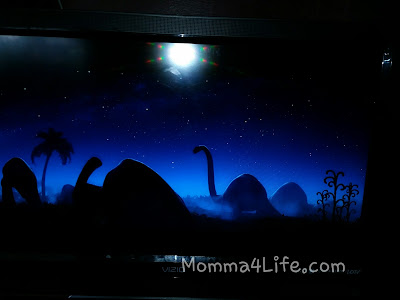 This is out on Tuesday February 23rd make sure you pick up your copy and check it out. My daughter cried twice and I cried once when we saw it in theaters but it was a good but sad at times movie it will teach you life lessons. My daughter ended up crying again at the end of the movie but she loves watching it. 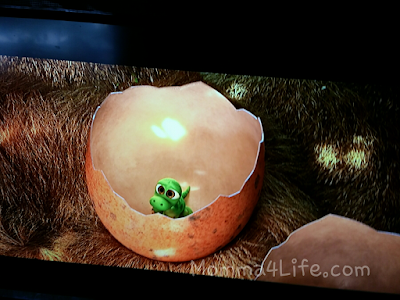 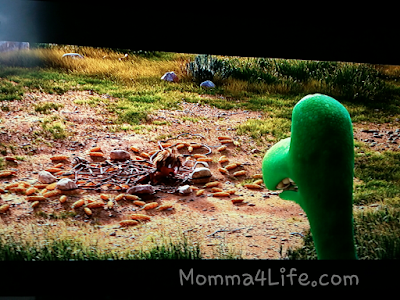 SYNOPSIS:                              From the innovative minds of Disney•Pixar comes a hilariously heartwarming adventure about the power of confronting and overcoming your fears and discovering who you are meant to be.

The Good Dinosaur asks the question: What if the asteroid that forever changed life on Earth missed the planet completely, and giant dinosaurs never became extinct? In this epic journey into the world of dinosaurs, an apatosaurus named Arlo makes an unlikely human friend. While traveling through a harsh and mysterious landscape, Arlo learns the power of confronting his fears and discovers what he is truly capable of. 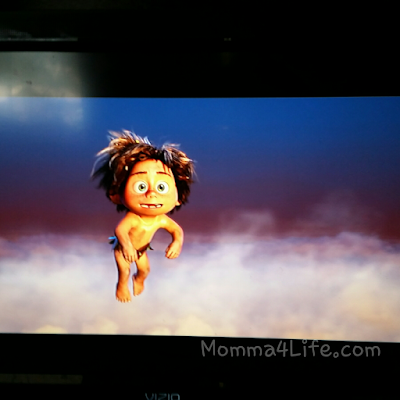 BONUS:                                 Digital HD*, Blu-ray Combo Pack & Disney Movies Anywhere (DMA)
THEATRICAL SHORT – Sanjay’s Super Team - Sanjay loves the world of cartoons and comics, while his father tries to draw him into his Hindu traditions. Reluctance quickly turns into awe-inspiring adventure as the boy embarks on an amazing journey, returning with a new perspective they can both embrace.

TRUE LIES ABOUT DINOSAURS - We know – it’s preposterous to think Apatosaurs spoke English. Learn more about what separates the fictional dinosaurs of “The Good Dinosaur“ from what scientists know about real dinosaurs.

RECYCLOSAURUS - Pixar takes creative competition seriously. Maybe a little too seriously. Watch as “The Good Dinosaur” crew competes to see which department can create the best dinosaur ever…using only discarded items from the studio’s “free table.”

THE FILMMAKERS’ JOURNEY - Finding your way from an idea to a film takes a lot of exploration. Director Peter Sohn and his fellow filmmakers talk about the challenging, inspiring, and unexpectedly emotional experience of making “The Good Dinosaur.”

EVERY PART OF THE DINOSAUR - The filmmakers talk about the special animation challenges of “The Good Dinosaur” – including figuring out how to animate a dinosaur who’s really a boy, and a boy who’s got the spirit of a dog.

FOLLOWING THE T-REX TRAIL - Follow the filmmakers as they travel to a working cattle ranch and meet the McKays, a close-knit family whose work ethic, generosity, and stories inspired the T-Rex ranchers of the film.

HIDE AND SEEK - A short animated clip produced to promote “The Good Dinosaur.” 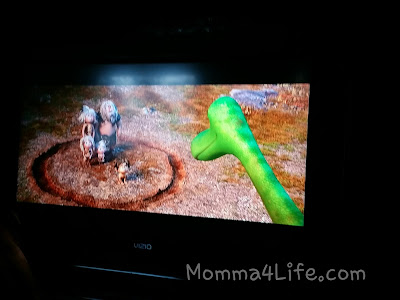 Blu-ray 3D & DVD:
·       THEATRICAL SHORT – Sanjay’s Super Team
Digital Exclusive:
JUST LISTEN - Trace the development of the unique soundscape of “The Good Dinosaur,” from the wilds of British Columbia as Sound Designer Craig Berkey collects sounds, to the recording studio where Jeff and Mychael Danna use instruments from around the world to create the music.