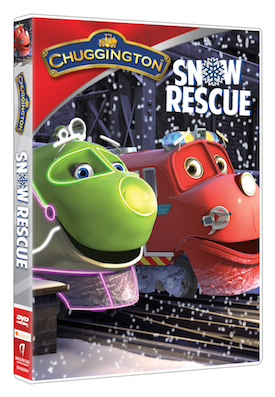 The kids loved the movie Chuggington Snow Rescue especially my son he loves Chuggington anyway my son sat down and watched the whole thing and didn't move. This is the perfect Dvd for the Holiday Season for you little one. If you know a little boy out there then make suer to check this Dvd. The Dvd show takes place during the winter time and they are having a parade with lights everywhere. 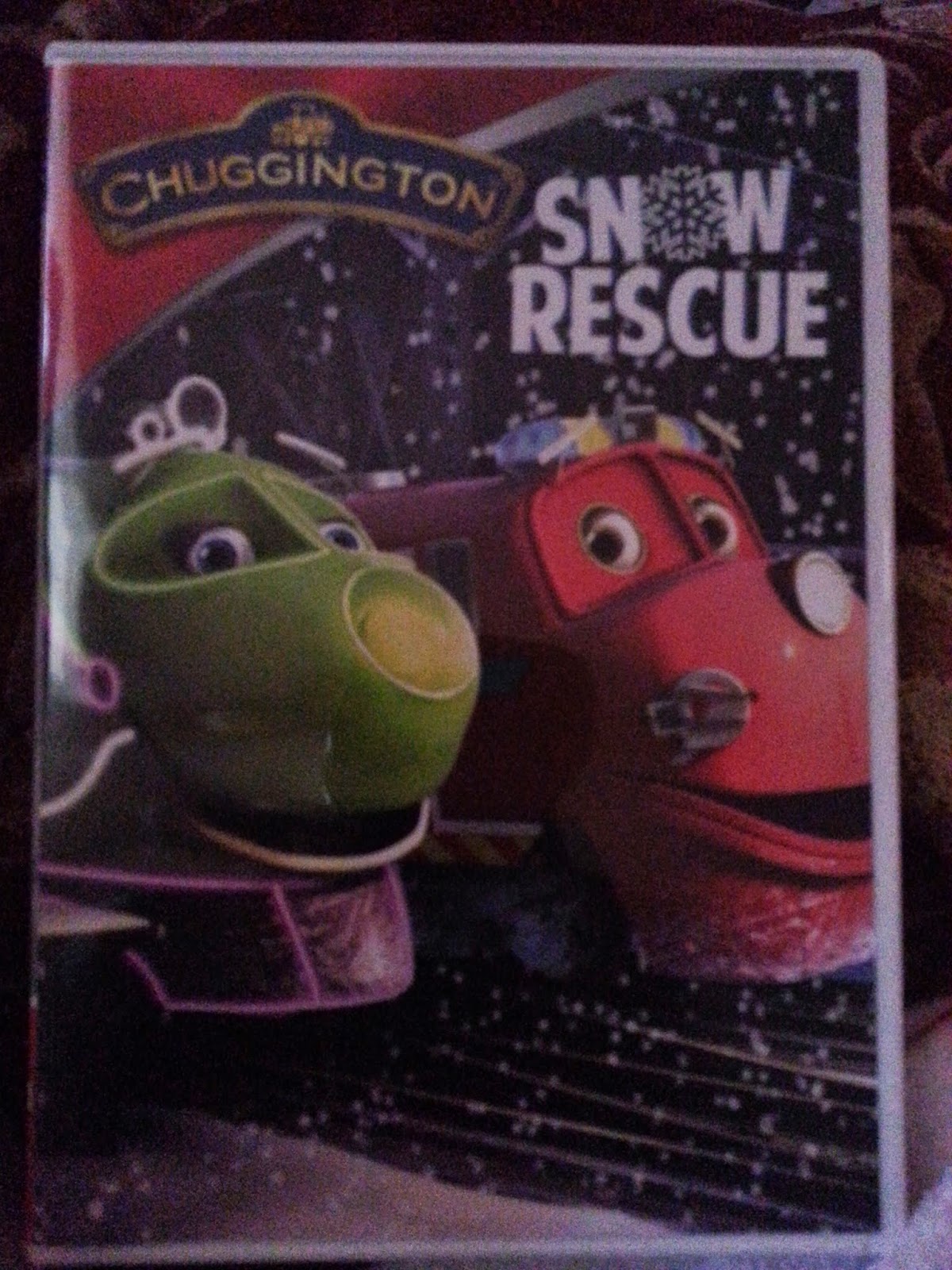 BEVERLY HILLS, CA – Anchor Bay Entertainment and Ludorum are ringing in the holidays with the Dove Family approved CHUGGINGTON: Snow Rescue as it rides its way on DVD December 9, 2014! Embrace the spirit of the season with this all new festive winter adventure with beloved characters Wilson, Koko and Brewster. In the most wonderful time of the year, watch old and new friends go on a magical ride in these five specials filled with fun and heartfelt lessons enjoyable for kids and parents alike!

It's wintertime in Chuggington and the Chuggers are busy making preparations for the Parade of Lights Festival, adorning themselves in glowing colored lights for a special procession through Chuggington! But, when freezing fog traps Koko and a snowy avalanche derails Fletch, that’s when Wilson and the Chug Patrol team must set out on a wild winter rescue! This action-packed collection features five Chuggington specials, including the all-new Snow Rescue Special airing for the first time this fall on Disney Junior! With added bonuses including new character montages and coloring sheets, your own little Chugger will discover important lessons about safety, responsibility and teamwork.

CHUGGINGTON: Snow Rescue has a run time of 64 minutes and has not been rated yet.

ABOUT CHUGGINGTON™
“Chuggington” is a contemporary, action-based, energetic and vibrant CGI series for children ages 2-5. The series follows the adventures of three young trainees – Wilson and his friends Brewster and Koko – as they ride the rails and take on exciting challenges that test their courage, speed and determination. Along the way, and with help and support from a strong community of engines and people, they learn positive values and new skills that empower them to become the best trainees they can be.

“Chuggington” has become a global sensation since its debut in September 2008 in the U.K. The show has been licensed to more than 175 territories worldwide and has established ratings records in several key international markets, including the U.K., Germany, France and Australia. The series made its U.S. debut in January 2010. Further information is available at www.chuggington.com. 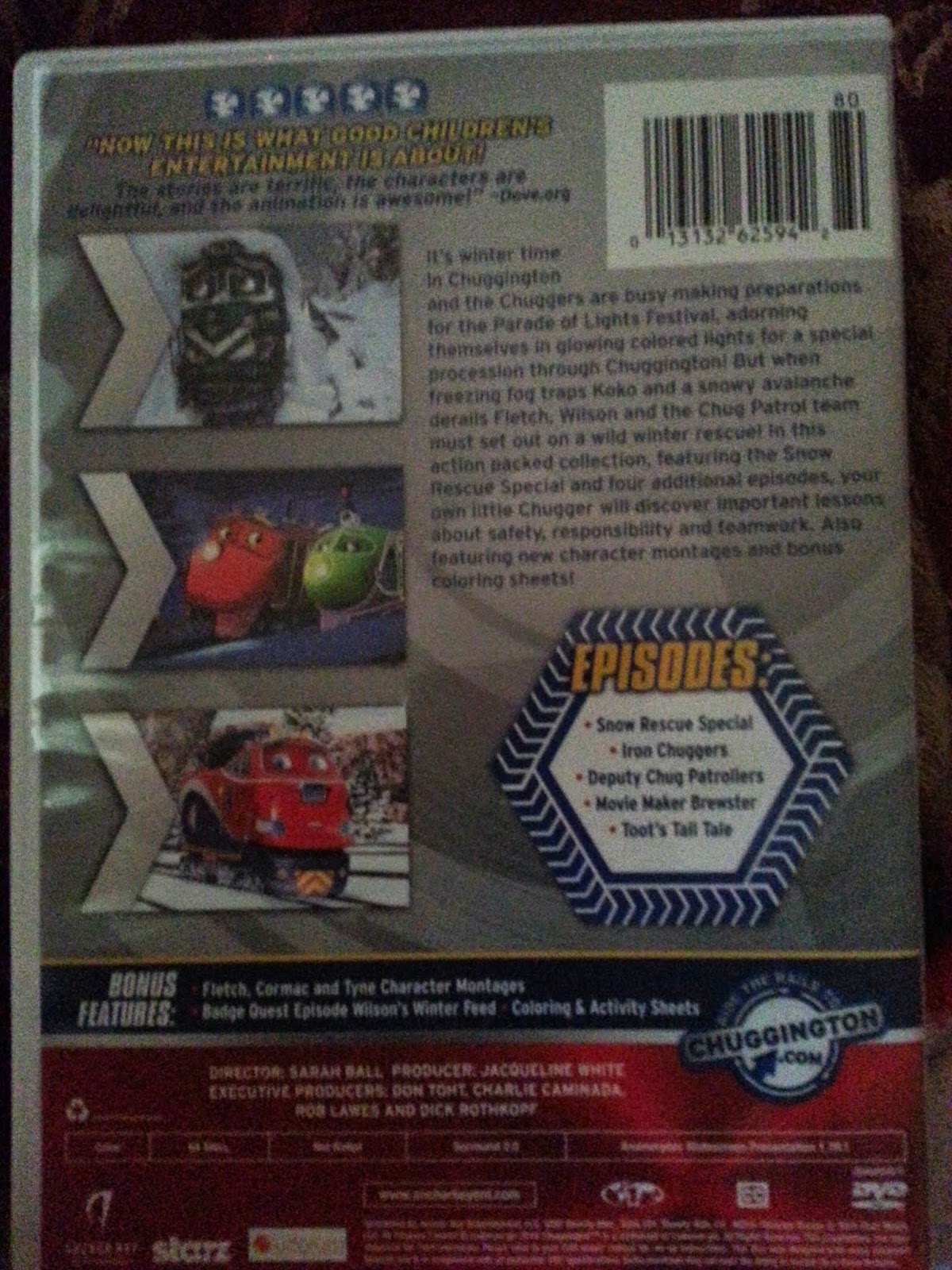