Have you heard of the squishmallows If you haven’t and you have young ones or you’re young at heart these are an amazing pillow that are in characters such as fish, owl, penguin, and so much more. I want to tell you about a new line from Kelly toy called flip-a-mallows. what exactly is this line well it’s just as it says they flip it is a reversible squish-a- mallow. 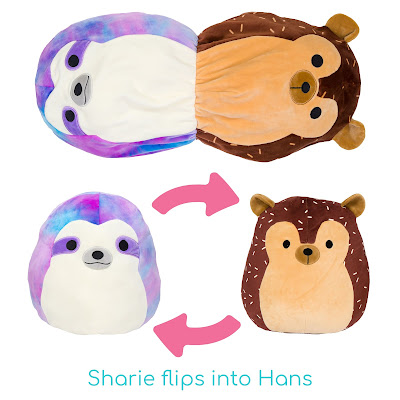 There is the original Flip-A-Mallow there are two sizes are available 8” and a 12” they come in six different character combinations including Gordon the shark/Ricky the clownfish, Reginald the corgi/Karina the Calico cat, Dawn the Fawn, Winston the Owl, Devin the Dragon/Esmeralda the Unicorn, Willow the Pegasus/Tim the Alpaca, and Sharie the sloth/and Hans the Hedgehog. 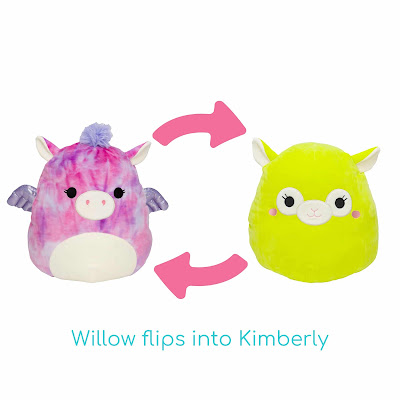 Not only do you get just one squish mallow you get two of them which is double the excitement. These squishmallows are individually sold at five below, learning express, and the paper store.  Kelly toy debuted squishmallows in 2017 and has since sold more than 50 million expanding the line to more than 475 characters in more than 40 countries. 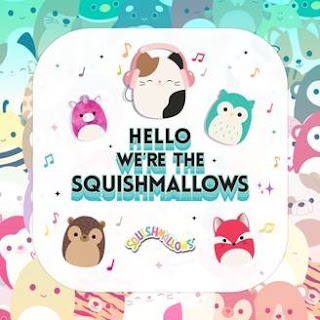 Free Ringtone Available to Download Now for a Limited Time
at Squishmallows.com

LOS ANGELES — April 6, 2020 — Kellytoy today announced the release of a new song and ringtone for its best-selling Squishmallows® plush toy and pillow line. “Hello We’re the Squishmallows” will be used at events and trade shows, for web and social media content, and provide a soundtrack for its fast growing fan-base responsible for more than 20 million video views on TikTok alone. A lyric video is available on the Squishmallows YouTube channel and a ringtone is available for free download now for a limited time at www.squishmallows.com/song. The ringtone will also be available for download through iTunes.

Kellytoy commissioned Los Angeles-based singer, songwriter and composer Luke Tierney who has toured the globe and worked as a composer for more than 20 years. “I have written music for Mattel, Nickelodeon, The Mighty Morphin Power Rangers and many other youth oriented brands,” says Tierney. “Like most kids, I watched loads of television and commercials growing up and those songs have become a large part of my musical background.” Tierney has scored films and performed at venues from clubs to arenas as well as on The Tonight Show and “feels very much at home when it comes to writing theme songs and jingles.” 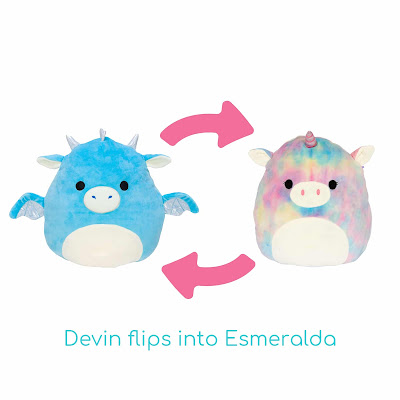 “We we're so excited to pursue this project for the Squishmallows brand and look forward to introducing our fans and collectors to the song that we think has broad appeal, much like the Squishmallows plush line,” says Kellytoy CEO Jonathan Kelly. “Throughout the month of April, we are distributing the song ‘Hello We’re The Squishmallows’ globally to a wide network of popular music services and social media sites including iTunes, Apple Music, YouTube Music/Google Play, Amazon Music, Target Music, TikTok, Tidal and more.” The song will also be available in the audio library on Facebook and Instagram.

More than 50 million Squishmallows have sold, growing into an international phenomenon since they were introduced just over two years ago. Debuting in fall 2017, the delightful Squishmallows have expanded to more than 475 characters and are available in more than 40 countries. It will only get better, too, as more must-have characters are in the pipeline for release later this year, including scrumptious fruit themes, soothing, comforting textured fabrics, eye-catching mystery bags and capsules, reversible Flip-A-Mallows (two Squishmallows in one) and seasonal styles for spring, fall and the holidays. Squishmallows range from 3.5 inches to 24 inches with suggested retail prices from $2.99 to $79.99, depending on the character size and style.

A snuggly alternative to high tech toys, and a great gift alternative to candy and flowers, these versatile Squishmallows make great pillows, bedtime buddies, travel companions and can even serve as a best friend in times of need to help relieve stress and anxiety. Popping with personality, each Squishmallows character’s background story is detailed on its hangtag. The unique line is made of super soft spandex “EF” and polyester stuffing as puffy as marshmallows. Caring for Squishmallows is easy; give them lots of love, machine wash in cold water and tumble-dry on low heat—and remember not to iron them.