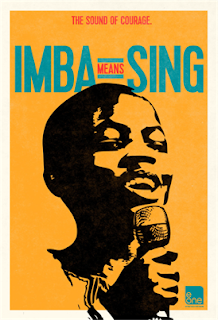 We’re currently working on the remarkably warm and humbling documentary film, Imba Means Sing, which releases digitally worldwide this Friday, December 4th! The film follows three young Africans who have been selected to participate in the Grammy-nominated African Children’s Choir. Their journey will uplift and inspire audiences around the globe and 100% of the filmmaker profits go back to the choir.

Imba Means Sing - When I Grow Up from eonefilmsUS on Vimeo.

“…a remarkable new documentary…” - CNN
HEARTENING AND HUMBLING DOCUMENTARY
IMBA MEANS SING
AVAILABLE DIGITALLY WORLDWIDE
DECEMBER 4, 2015
"The heart and soul of Imba is in its beautiful children who we hope will pay their amazing journey forward… It has a profound effect on us all." -
Stephen Nemeth, Academy Award Nominated Filmmaker
Los Angeles, CA – November 9, 2015 – Spanning locations across the world, from the slums of Uganda to the streets of New York, this uplifting and inspiring film weaves together the lives of three young Africans who have been selected to participate in the Grammy-nominated African Children's Choir.
Debuting digitally on December 4th, IMBA MEANS SING is an intimate character portrait told through the perspective of eight-year-old Moses, the choir’s star drummer. Growing up in the slums of Kampala, Uganda, Moses and his family lack enough resources for him to even attend the first grade and know all too well that this is a once-in-a-lifetime opportunity to secure his future and change the course of his family’s life. Armed with his youthful resilience and infectious smile, the film follows his journey from poverty towards his dream of becoming a pilot as he works for an education and spreads the magic of his African childhood.
Two fellow Choir members – Angel and Nina – join Moses as audiences experience Uganda and the West through their inquisitive and joy-filled eyes. Share in the heartbreak, homesickness and candid humor as Moses loses his drum solo, Nina yearns for her mom to get a job, and Angel pushes herself to become the first female President of Uganda. While the journey may come to a close when the children return home, one thing is certain: life as they knew it would never be the same.
Children selected to be in the African Children’s Choir are professionally trained to sing and dance. With their new vocational and educational opportunities, they are flown to the United States, Canada and the United Kingdom to perform in theaters, churches and community centers. Wise beyond their years, Angel, Moses and Nina understand the enormity of the opportunity they’ve been given and want desperately to do a good job. They are performing to raise the money that will fund their educations through college. The stakes are high: their own futures and the futures of their families rest in their hands.
In an effort to raise awareness and support for music education locally and equal access to education as a human right globally, IMBA MEANS SING will be released digitally worldwide December 4th. 100% of the filmmaker profits will be donated to help educate more kids in Africa through the African Children’s Choir.
Trailer: https://youtu.be/5rBC3jC4ecM
Film Site: http://imbafilm.com/
Follow on Twitter: @imbameanssing
Follow on Facebook:  https://www.facebook.com/accfilm
About Momentum Pictures, an Entertainment One Company
Momentum Pictures is focused on distributing multiplatform film, television and special interest content in the U.S. and around the world.
on December 02, 2015