For the first time, Scholastic Media’s beloved children’s TV classics, Clifford the Big Red Dog and Goosebumps, are now available on iTunes! Kids and families – and other fans of the iconic shows! – will now have access to their favorite Scholastic shows anytime, anywhere.

Clifford the Big Red Dog, the Emmy® award-winning animated TV series now in its 12th season, airs daily on PBS KIDS. Based on the popular Scholastic books by Norman Bridwell, the show follows the everyday adventures of the lovable, oversized red dog and his best friends, imparting gentle life lessons to preschoolers all along the way. 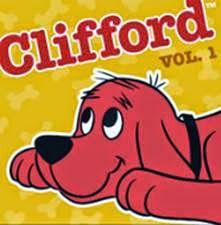 Goosebumps, the TV series, based on the wildly best-selling Scholastic books by R.L. Stine, is seen on the Hub Network and consistently ranks as one of the channel’s top programs. The series follows the edge-of-your-seat stories of ordinary kids who find themselves in scary (albeit always safe and humorous) and extraordinary situations. 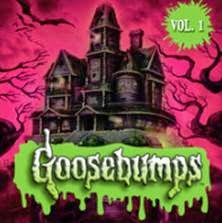 These globally-celebrated children’s programs are the first Scholastic Media TV series to be made available for audiences everywhere through The Orchard. Other Scholastic Media TV hits will rollout throughout the year on additional digital stores, including Microsoft Xbox, Vudu, Sony Entertainment Network, Target Ticket, M-GO, YouTube, and Google Play.

Among the other Scholastic Media TV favorites to be available digitally in the coming months include: The Babysitter’s Club, The Magic School Bus, I Spy, Clifford’s Puppy Days, Maya & Miguel and Animorphs.

Check Clifford out on Itunes Vol 1 all the way through 6.

And also check out Goosebumps on Itunes Vol 1 all the way up to 6 also!!!