Cinderella on Blu-ray Combo Pack Out now on Dvd Review

I am so excited to tell you about the movie Cinderella out now on Dvd. My daughter is going to love this movie she is a huge fan. I am sure a lot of you want to know if this twist of Cinderella reflects does Cinderella in the past. And the answer to this is yes The color and detail in the movie is beautiful and on point. My daughter's been asking for this movie ever since they started advertising this on TV and she is even going to be Cinderella for Halloween.

There is a scene in the movie where Cinderella looks like a doll. She was just so beautiful. If you were looking for a great Christmas present for a little girl I am sure she would love this movie. I love Cinderella the original movie and this Cinderella too. And I know know my daughter will love this one too. 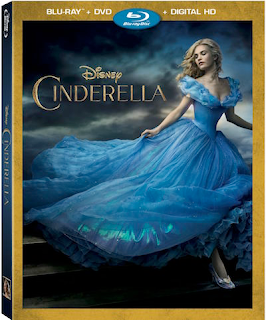 
IN A NEW BEAUTIFUL AND MAGICAL WAY
CINDERELLA
ON BLU-RAY™ COMBO PACK, DIGITAL HD AND
DISNEY MOVIES ANYWHERE on September 15, 2015

Over 12 Minutes of Additional Scenes, Including an Alternate Opening,
Plus the “Frozen Fever” Theatrical Short!

SYNOPSIS:                           Celebrate Disney’s “Cinderella,” a modern classic that shines with beauty, imagination…and magic! Despite being mistreated by her stepmother (Cate Blanchett) and stepsisters, a spirited Ella (Lily James) resolves to take charge of her fate. Add a royal ball, a Fairy Godmother (Helena Bonham-Carter) and a glass slipper, and suddenly – magic becomes reality!

BONUS:                                   Digital HD/SD*, Blu-ray Combo Pack & Disney Movies Anywhere (DMA)
·       A Fairy Tale Comes to Life Filmmakers and cast reflect on Cinderella’s enduring power, and the joys and challenges of bringing this iconic tale to life.
·       Costume Test Fun See the work of Academy Award-winning® Costume Designer Sandy Powell (The Aviator, 2004) and share some lighthearted moments with the cast.
·       Staging The Ball
·       You’re invited behind the scenes for the making of the Palace Ball sequence, including its spectacular set, stunning costumes and more. It’s a lavish and massive undertaking…and a magical day on set.
·       Ella's Furry Friends
·       Discover how the movie’s animal stars honed their memorable performances.
·       Alternate Opening: Ella's Childhood
·       View moments from Ella’s idyllic childhood that do not appear in the movie. With an introduction by Director Kenneth Branagh.
·       Frozen Fever It’s Anna’s birthday, and Elsa and Kristoff are determined to give her the best celebration ever – but when Elsa catches a cold, her powers may put more than just the party at risk. 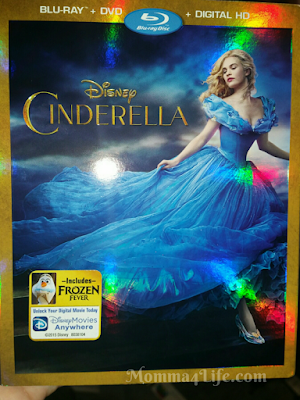 SOCIAL MEDIA:                Facebook: https://www.facebook.com/Cinderella
Twitter: https://twitter.com/CinderellaMovie
Tumblr: http://cinderellapastmidnight.tumblr.com
Instragram: https://instagram.com/disneycinderella
Cinderella We Heart It: http://weheartit.com/disneycinderella
ABOUT DISNEY MOVIES ANYWHERE (DMA):
Disney Movies Anywhere (DMA) is an engaging and family-friendly cloud-based digital movie service that makes it simple to buy your favorite Disney, Pixar and Marvel movies once and watch them anywhere.  With DMA you can explore Disney’s library of over 400 eligible digital movies, discover hours of new and exclusive short-form content, and watch your digital movies from the comfort of the living room or across multiple mobile devices.   In addition, you can redeem Digital Copy codes found in Disney, Pixar and Marvel Blu-rays and DVDs, as well as earn Disney Movie Rewards points with every digital purchase.  Sign up and access Disney Movies Anywhere for free on DisneyMoviesAnywhere.com and through the Disney Movies Anywhere iOS and Android apps. Users can then simply connect their iTunes, Google Play and/or VUDU at VUDU.com/DMA accounts to begin enjoying their Disney, Pixar, and Marvel digital movie collections across platforms and devices. 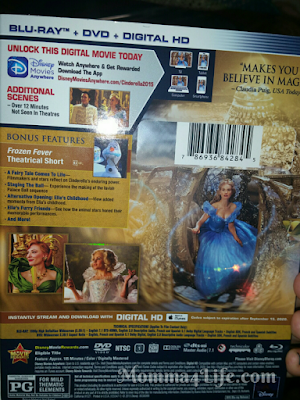