The little rockers band Count Me In Music Cd Review 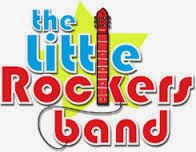 My daughter loves music so any chance I get to introduce her to some new tunes I am all for it. So when I had the opportunity to review I jumped at the chance as soon as we got this she was attached to this cd she put it in her karaoke machine and started singing along. She kept saying how she loved the girl on the cover. 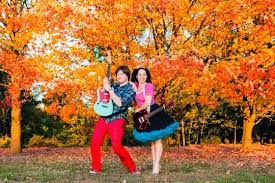 ATLANTIC HIGHLANDS, NJ -- With a Parents' Choice® Award for their 2012 album Playing in the Band proudly in hand, New Jersey's The Little Rockers Band takes the next step in their rise to national prominence with the band's third kids'/family CD, Count Me In!, set for an April release.

It's a rocking dance party all the way on this album.  Count Me In! stays the course, with The Little Rockers Band remaining true to their commitment to creating music that speaks to children's real life experiences through songs as varied in style as their subjects.  OnCount Me In! families will hear a '90s rocker, a '50s style rave up, a honky-tonk country tune, a Motown scorcher, a beachy/acoustic cover of a Paul Simon classic, and more.

Co-founders Chris & Jessie Apple bring a little bit of Broadway (Jessie) and a little bit of rock & roll (Chris) to The Little Rockers Band.  Both worked extensively as performers by night and pre-school music teachers by day before teaming up to create music for kids and their parents as full-time teaching artists and family musicians.

Count Me In! greets listeners with the album's enthusiastic title track, a spoken word chant used in Little Rockers, cool kids music classes™and at concerts to help kids with counting and rhythm.  "1234 Go!"--  a '50s style rocker with a nod to Ricky Nelson and The Everly Brothers -- is next, followed by still more rockin' rhythm on "Fortune Cookie," a tune reminiscent of an early Dinosaur Jr. song.  "Hi, Hi, Hi," a musical tribute to the fabulous Motown girl groups, features terrific vocal work paired with a driving tenor sax solo that recalls the early days of rock 'n roll.  Other highlights include "Old Mick Jagger" (a takeoff on "Old McDonald"), an acoustic duet cover of the Paul Simon classic "Me & Julio," and "Little Deer" (vaguely inspired by The Pixies and The Cars).

The husband-and-wife team of Chris & Jessie Apple started Little Rockers, cool kids music classes™ in 2009, beginning with about 30 families.  More than 500 families now take their classes (35+ classes a week in 13 locations, and counting), and they employ 16 additional Teaching Artists.  Chris & Jessie teach together during the day, deal with administrative matters in the afternoon, and write at night.

The Little Rockers Band, which also began in 2009, was originally conceived as a laboratory ensemble that would design music and curriculum for Little Rockers music classes.  The band has since grown to become the focal point of a number of creative/educational projects, including live shows, webisodes, and school assembly programs. 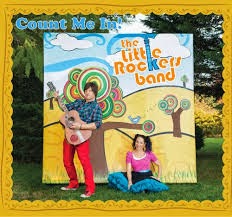